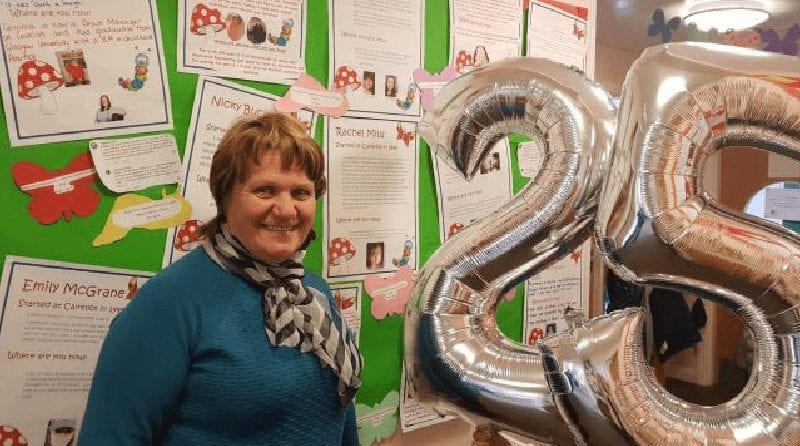 An award-winning nursery has achieved a major milestone by celebrating its 25th birthday.

Cairellot Nursery in Bishopton was started by mothers Rosie Elliot and Ann Cairns in April 1993 and cares for hundreds of children, welcoming more than 400 a week. The setting also employs 50 staff.

The nursery is now led by Rosie and her son Martin – Ann died 15 years ago.

Rosie said she felt emotional looking back on all of her hard work throughout the past quarter of a century.

She said: “I feel proud to be part of this village. Not many people get the chance to follow their dream, and every day when I walk through the door and hear the sounds of all the children, I feel lucky to have followed mine.

“I felt really emotional on the day we marked 25 years. It’s been a lot of hard work but it’s been so worth it.

“We started off with two staff and now have 50 and I now offer places to more than 400 children a week. Pupils from primary one to primary seven, and a few from S1 and S2, also come for after-school care.

“It has grown beyond all belief.”

The nursery purchased new IT resources to support the children’s learning experience and each child got a cuddly toy and a special mug to take home after the celebrations.

As well as looking after all of the children, Rosie and Martin take great care of the staff – with Rosie winning Employer of the Year at the Provost Community Awards in 2014. The setting also welcomes modern apprentices and students wanting to do work experience.

She said: “Rosie firmly believes her staff are her greatest resource and it is this ethos that has made Cairellot the long-running success it is today.”

Many previous children who started in the nursery came back to celebrate with Rosie and the team, which was described as a “lovely surprise”.