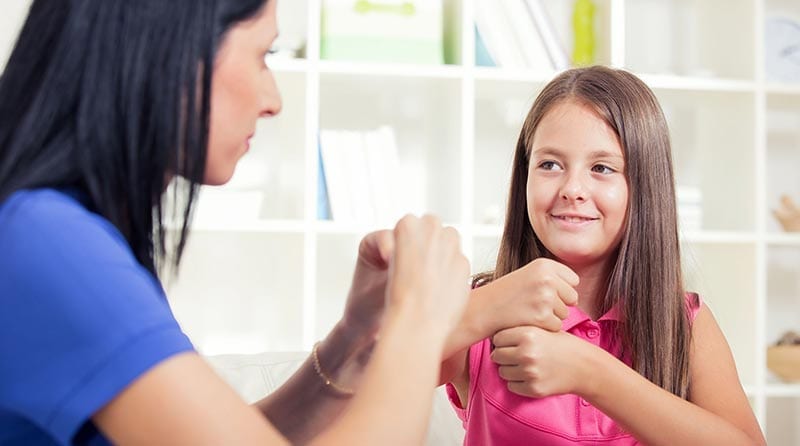 Deaf Awareness Week is an annual event which is promoted by the UK Council on Deafness (UKCoD). It seeks to raise awareness of the difficulties experienced by people who are deaf or hard of hearing and promote social inclusion. This year, it will take place on the 14th-20th May.

By 2035, the number of people in the UK who are estimated to have some form of hearing loss will reach 15.6 million. As well as affecting adults, there are 45,000 deaf children in the UK.

The term ‘deaf’ is used to refer to all levels of hearing loss, including partial or total loss of hearing.  Deafness, or hearing loss, happens when one or more parts of the ear are not working as they should do. It can affect one ear or both.

Causes of deafness before birth

Deafness can be passed down through families. In the UK, deafness which is caused by genetic factors affects around 50% of the children who are born deaf. In approximately 30% of children, the gene which has caused their deafness may also cause other health difficulties too.

In pregnancy, deafness can be triggered by complications such as the mother contracting rubella, toxoplasmosis (an infection transmitted through undercooked meat, soil, or in cat faeces) and herpes. There are also a number of medicines which can damage a baby’s hearing whilst in the womb.

Causes of deafness after birth

If a baby is born prematurely, this can increase the chances of the child either being deaf or becoming deaf. This is because premature babies are more vulnerable to picking up infections, the side effects of which can result in deafness. Later in childhood, infections such as measles and mumps can also cause this.

If a child were to suffer a head injury or extreme exposure to loud noise, this can also cause deafness.