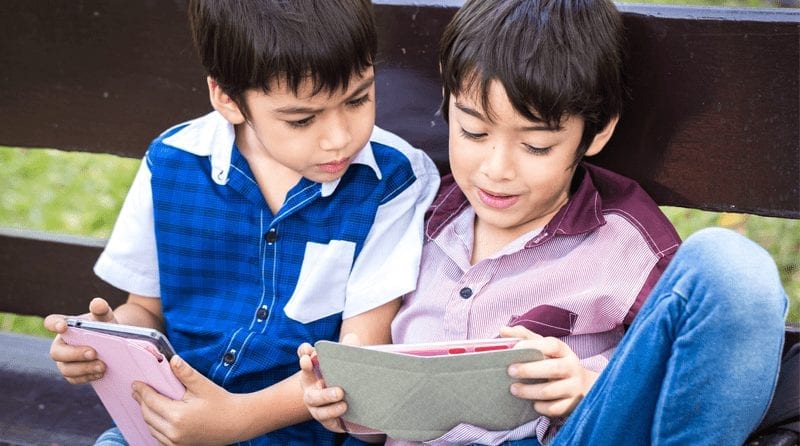 A recent survey has revealed that nearly one in five staff do not think it is beneficial for young children to use tablets or computers at nursery.

Research carried out by reviews site daynurseries.co.uk found that 21 percent of nursery owners, managers and staff think that there are very few benefits for children when it comes to using technology in nurseries.

Whilst some parents say to ‘embrace it’ as their children are growing up in a digital world, others worry about the effects it has on children’s motor skills and attention span. Some fear it may limit their imaginations.

Settings in the UK have taken differing approaches with some – such as Asquith Day Nurseries – investing a lot of money in tablets and digital technology, whilst others have embraced a forest school approach by running outdoor nurseries.

The daynurseries.co.uk survey revealed a need for official screen-time guidance for youngsters under five, which does not exist currently in the UK.

Ben Clay, pedagogy manager at the London Early Years Foundation, is of the mindset that “an early year’s environment is not truly enabling if it isn’t keeping up to date with the real world”.

He added: “However I also think childcare settings must be more confident at recognising ICT substitution, we should only be encouraging and promoting the use of technology when it enables us to perform a task better or more efficiently. Colouring in games and Jigsaw apps are a poor substitute for the real thing and they deny the children from a wide range of development opportunities.

“If Maria Montessori was alive she would have done technology but shaped within her teaching principles. We have to recognise children’s real world.”

Tom Shea, owner of Childfirst nurseries, has found his dislike towards digital technology for children has grown over time.

He said: “I believe that many of the issues we are facing at present are, at best, supported by, if not caused by, the rapid and inappropriate use of screen and new technology; from the lack of personal interaction, the effect on muscle development – particularly motor development in hands, the encouragement of sedentary behaviour to discourage the use of the ‘real world’ to discover rather than the ‘virtual world’ where children can experience everything without leaving their seat leading to obesity.”

He believes that “nurseries need to understand that children feeling mud between their toes and painting with real paint is better than ‘painting’ on screens, and that by spending large amounts of money on screens and new fads, they are doing potential damage. It was never a surprise that Bill Gates and Steve Job didn’t allow their children to have access to the technology until they could be discerning and had experienced real opportunities in the real environment.”Usage of smartphones and tablets has become the societal norm, with adults and teenagers spending hours glued to their phone and checking their devices first thing every morning and last thing at night.

A recent study by the University of London, Birkbeck and King’s College London found some toddlers aged 12 to 18 months were spending as much as five hours a day on touchscreen devices.

Researchers are still divided as to whether digital technology is of benefit to young children or damaging for them.

Last year, researchers at Stranmillis University College in Northern Ireland looked at the impact that iPads and tablets have on children’s learning and found that iPads in the classroom had a positive impact on young children’s literacy, numeracy and communication skills.

However, another study, carried out last year by the University College of London, concluded that screen time can impact infant sleep and possibly harm their brain development.

The British study found that every hour infants spent on devices was linked to 16 minutes less sleep. The researchers believed that blue light emitted from screens can negatively affect the body clock.

1,125 nursery owners, managers and staff responded to the survey carried out by daynurseries.co.uk.