Nursery well-being programme is expanding across the country 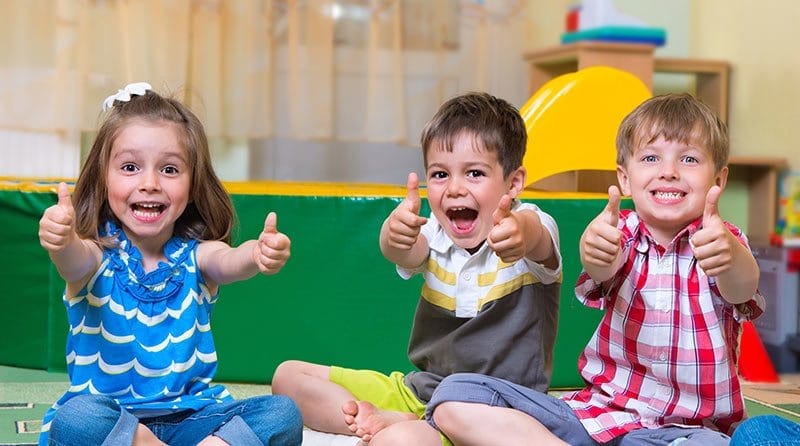 A nursery well-being programme has been launched which aims to prevent mental health problems for pre-school children.

Laura Earnshaw, founder of ‘myHappymind’, first set up the initiative in primary schools to help teach resilience and well-being.

The programme is now available in nurseries for two to four-year-olds and early years practitioners.

Ms Earnshaw said the idea for myHappymind came to her after her son Oscar experienced problems settling into Reception year.

“When my son was four he started school and found the transition very difficult,” she said. “The school told him to ‘man up’ and have a stiff upper lip.”

She soon realised that certain techniques that she was using to teach business leaders could be changed to be used with children, such as mindfulness.

“A few months later the school asked what I was doing with Oscar. I explained that I’d been teaching him coping strategies. They said they had other children, who were not suffering with a major mental health concern but were children with mild anxiety. They asked if they could use some of the tools with them.”

Three years later, myHappymind was launched in primary schools; the programme runs from Year 1 to Year 6.

Ms Earnshaw said, “I really wanted to introduce it into early years and bring it into nursery. It’s all about prevention, so that children won’t need mental health support when they are older.”

Large nursery groups such as Kids Allowed and Kids Planet have already signed up. Ms Earnshaw said: “We’re starting to get more and more nurseries signing up.

“It’s as much for the staff as for the children.”

The children’s programme has five modules. Each module covers a different area of happiness and well-being and is presented through animation and stories:

Meet your brain – This module is focused on giving children knowledge of the brain. They learn about how their brain works and how they can help it perform at its best.  They also get taught how to relax through ‘happy breathing’.

Celebrate – This module focuses on celebrating a child’s individual strengths, such as compassion and kindness. It teaches children that we all have different character strengths and we should understand them to be able to use them as much as possible.

Appreciate – This module is all about teaching children how to develop an ‘attitude of gratitude’. They learn the science of what happens in the brain when we give and receive gratitude, as well as all the different ways you can show it.

Relate – This module has a focus on building positive relationships. It helps children to learn how to listen and understand different views and perspectives.

Engage – This module teaches children about goal setting and resilience. Children will learn why it is important to set goals and learn strategies of how to cope when they don’t meet their goals.

Parents are also involved in the programme – they are given activities to do at home with their children, such as mindfulness exercises, to build the bridge between home and school.

Nursery staff can access the programme online, too. They are given a private login to be able to individually access different modules to work through and teach the children to set goals.

Ms Earnshaw said: “It’s totally focused on building a better understanding of themselves, which in turn will lead to benefits to their practice in nursery.”

As of last week, parents are also able to access the myHappymind families’ programme.

“We’re only a few weeks in but already we’re all really excited about the impact it’s having on the children and their parents and we’re making plans to roll it out across the group.

“The story-based techniques include ‘happy breathing’, ‘brain growth moments’ and the celebration of each other’s individual characteristics and help children understand themselves, build resilience and ultimately thrive as older children into adulthood.

“My generation grew up in a much simpler world. And while the developments that the internet and social media represent are, in the main, positive, there’s no denying, life is more hectic than it’s ever been for young people. We’ve got a duty as carers and parents to do all we can to arm our children with the right tools to cope.”

She added, “If we can introduce these kinds of healthy habits at nursery age, I believe the knock-on impact could be game-changing. Just a quick look at statistics on mental health and the NHS shows there’s an enormous problem. Just as enormous is the opportunity to help solve it.”

Last week, research by the NSPCC found that more than half of referrals from settings across England for mental health treatment in the last three years were primary schools.

Find out more about myHappymind here