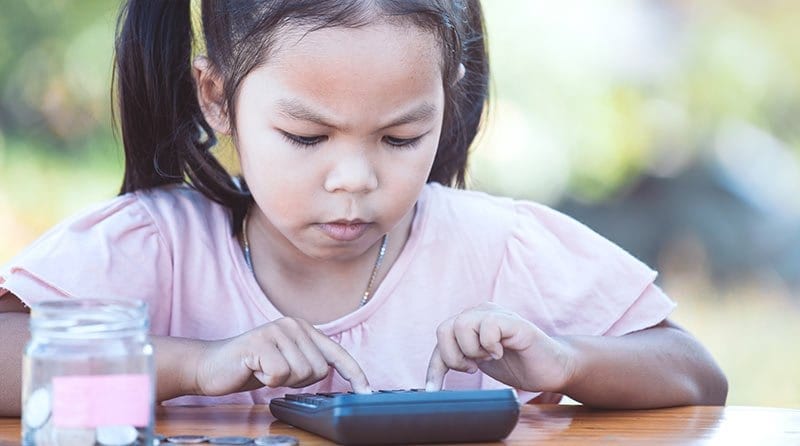 Data from research company Ceeda has revealed that settings are facing a total shortfall of half a billion pounds due to the underfunded 15 and 30-hour childcare schemes.

The ‘About Early Years’ research programme found an average funding shortfall of 17 percent to provide funded places for three- and four-year-olds and a 32 percent shortfall for two-year-olds.

The estimated average cost to deliver a funded two-year-old place is £6.90 an hour, which is nearly a third higher (32 percent) than the average funding rate paid to provide it.

The average estimated cost for delivering a funded place for three- and four-year-olds is £5.08, which is 17 percent higher than the average funding rate received of £4.34.

When taking these losses into account for all funded places delivered in PVI settings, this amounts to a total shortfall of £370 per annum. This equates to £128 million for the two-year-old offer, £179 million for the 15 hours for three and four-year-olds and £63 million for 30 hours. These figures take into account funding such as the Early Years Pupil Premium (EYPP), the DAF (Disability Access Fund) and SEN inclusion funding.

The research by Ceeda highlights that the majority of early years providers are making a loss on places for children under two because of greater staff to child ratios. Providers would normally cross-subsidise any losses made on these places with income from three- and four-year-old places but, in most cases, they do not receive enough funding from the Government to cover the costs of funded places for three and four-year-olds.  Added to this, with the introduction of the 30 hours, fewer families pay for additional hours above those that are funded.

Ceeda found that the typical cost of delivering a place for under-twos is £7.44, compared to an average fee charged to parents of £5.71.

Ceeda estimates that the total yearly shortfall across all care delivered by nurseries and pre-schools is £536 million.

The Pre-school Learning Allowance is warning that parents are likely to see an escalation in fees in the future, as providers struggle to break even whilst their costs continue to spiral.

Chief executive of the Pre-school Learning Alliance, Neil Leitch said, “Time and time again, we have told the Government that there simply isn’t enough money in the system and time and time again, they have denied that there is any problem – but these independent figures provide that the childcare sectors concerns are completely justified.

“So much of the Government’s rhetoric around ‘free’ childcare has been about helping working families – but this research makes clear that its current childcare policy is in fact likely to have the opposite effect.

“With the recent introduction of the 30 hours, things are only going to get more difficult as nurseries, pre-schools and childminders across the country struggle to close as growing funding gap – and this is inevitably going to have an impact on parents, as providers are forced to ramp us fees or limit fee entitlement places to stay afloat. Worst still, week after week, we are hearing reports of settings being forced to close their doors as a result of the Government’s unwillingness to acknowledge and address the long-running issue of underfunding.

“It doesn’t have to like this – but ministers needs will first have to admit that they have got this policy wrong. It’s clear that the Government needs to look again at the way it funds the early years sector, and that to do this it needs to gain a proper understanding of how providers actually operate on a day to day basis. Pushing blindly ahead with promises of ‘free childcare’ when there is so much evidence that current policies are unworkable in practice is simply not sustainable.”

Dr Jo Verill, managing director of Ceeda, said, “There are two key problems with the approach that the Government is taking to early years funding. Firstly, the evidence base used to set funding rates did not account for year on year national living wage increases and other inflationary factors. Secondly, funding rates do not reflect the way that childcare providers run their provision and the extent to which they cross-subsidise, childcare fees for under threes would be beyond the reach of many working families.

“A policy introduced to help 390,000 families therefore risks increasing costs for over 900,000 who also rely on childcare providers to care for and educate their children and allow them to work – not to mention those parents and carers who are already priced out of formal childcare services.”

A spokesman from the Department for Education said: “We are spending more than any other government on childcare – including £1billipn every year to deliver 30 hours of free childcare and fund the increase in rates we introduced last year. The rollout of 30 hours for working parents of three and four-year-olds has been a success with 294,000 children now benefiting.

“As with any new policy, we continue to keep this under review and have commissioned new research to ensure we’ve got this absolutely right.”