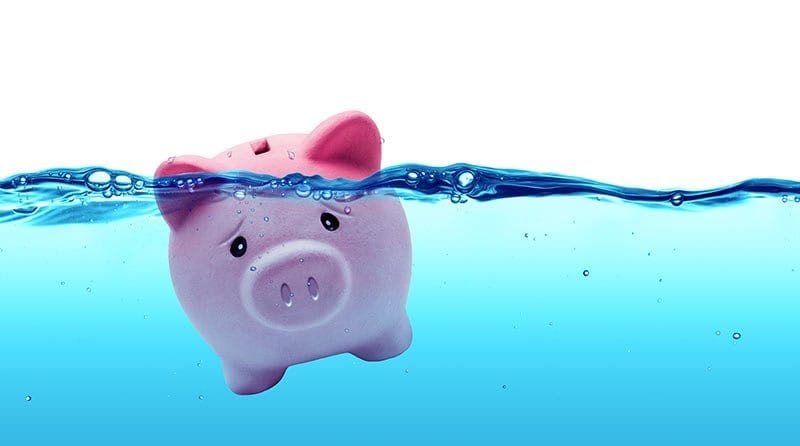 A nursery owner and single parent has expressed his woes after losing £2400 of Universal Credits since September due to the way the government pays for the Early Years Funding.

Discussing the issue on Facebook lobbying group Champagne Nurseries on Lemonade Funding, William Towgood from Bishopstoke Preschool highlights that by receiving government funding, Universal Credit sees this as his money to do with as he wishes, meaning they will no longer supply him with credits when the funding goes in, unless he changes his business set up.

You have to submit your business turnover each month. If it is a minus figure, you’ll receive your credits as normal. If it’s a positive figure then you will start to loose Universal Credit support.

Therein lies the problem, this nursery owner discovered that when your government funding goes in at the beginning of each term, if you are a Self Employed/ Sole Trader you lose your Universal Credits entirely as the government funding payment is seen as your income.

Whilst those in the industry know that this funding has to be spread across months’ worth of costs, Universal Credit do not accept this because as Sole Traders it is YOU ‘Trading As…’ therefore it’s YOUR money to do with what you will.

Discussing his frustration about the issue William highlights that;

“If you blew the lot on receipt, staff won’t get paid, nor rent and the local authority will want a % back as your staff won’t work for free and then you have to close.”

He continued to highlight that universal credit and government funding are; “two separate things. The fact that it’s being paid into a separate business account is, again, not relevant.

“I took Universal Credit to tribunal over this… and lost.

“Again, as a Sole Trader I would not be stealing the money if I spent it on receipt, I ‘choose’ to budget for the term and be responsible ensuring staff and bills are paid. With little left in the ‘Kitty’ for a small establishing setting like mine.

“I cannot make up the difference from the business account. So… I lose a lot of money.

“My accountant suggested I go Limited as then I become an employee, the judge, who wished she could rule in my favour and who is not allowed to advise, suggested I listen to my accountant.

“As a result I’m going Limited. This involves re-registration with the L.A. and Ofsted… and a higher accountancy bill each year.”

Universal Credit is set to replace a number of benefits including Child Tax Credit, Housing Benefit and Working Tax Credit and it is being rolled out in stages across the country. So for those of you who are sole traders / self-employed, if you receive government funding for your childcare provisions, it’s possible you could be set to lose out!

Are Universal Credits set to be introduced in your area? Is this likely to sting you in the same way?

Let us know below!