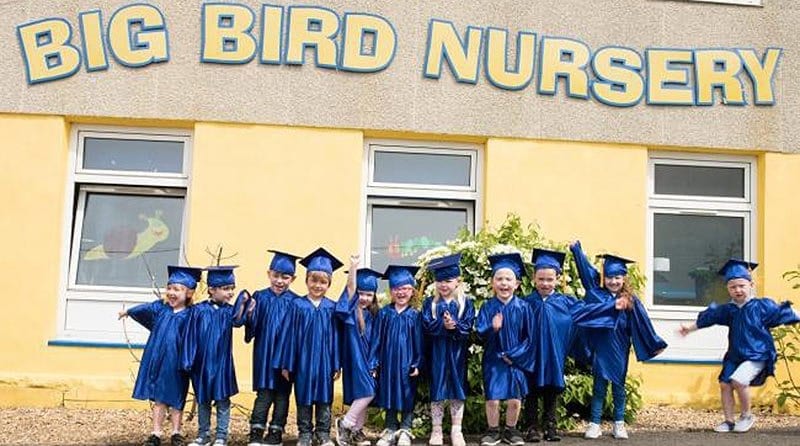 Under the scheme, parents of children starting school this year will be given the choice of combining nursery and primary lessons.

The scheme offers children from five and onwards the chance to split their time between nursery and primary school to help make the changeover to full-time education much easier. It is also an opportunity for children who have had time off due to illness a chance to get back into school.

However, childcare experts are arguing that the new scheme could make the process of settling into full-time education more difficult.

Although flexi-schooling is popular in Scandinavian countries, it is yet to be put into place in Scotland.

Big Bird Nursery, located in Larkhall, South Lanarkshire will be trialling the scheme in August.

Parents who are thinking about the option have been asked to submit a request to the council.

A spokesman from South Lanarkshire Council said he was not aware of the new scheme being introduced, but that parents originally had the right to request flexi-schooling under Scottish Government legislation.

The new owners of the nursery said that they are also exploring the possibility of getting elderly people more involved in children’s activities.

Managing director of the nursery, Hazel Sneddon said: “At Big Bird, we are more relaxed and we believe children under seven are not ready to start school.

“They need time to play and be physically active.

“It’s time to update our Education policies that were built in 1940’s to support post-war Britain getting back to work.”

Co-founder of the nursery, David Black said: “We’re keen to change the narrative around early learning education in Scotland.

“This means making sure that we’re providing a science-based approach instead of one that is purely economically led.

“We’ll also be looking to engage the older generation from the local area in the day-to-day life of the nursery, as well as introducing a flexi-schooling programme.”

The nursery welcomes children from birth to school age and has 70 full-time spaces in its breakfast and after school clubs. It also provides support for children with additional needs.

Big Bird Nursery was recognised as one of the top ten nurseries in Scotland by national review site daynurseries.co.uk. The setting also benefitted from a £300,000 grant from the Bank of Scotland.

Brian Bovell, business development manager at the Bank of Scotland, said: “Big Bird Nursery has a stellar reputation in the area for its quality of care and David and Kathy’s wealth of experience in business and social care is only set to help the nursery flourish.”