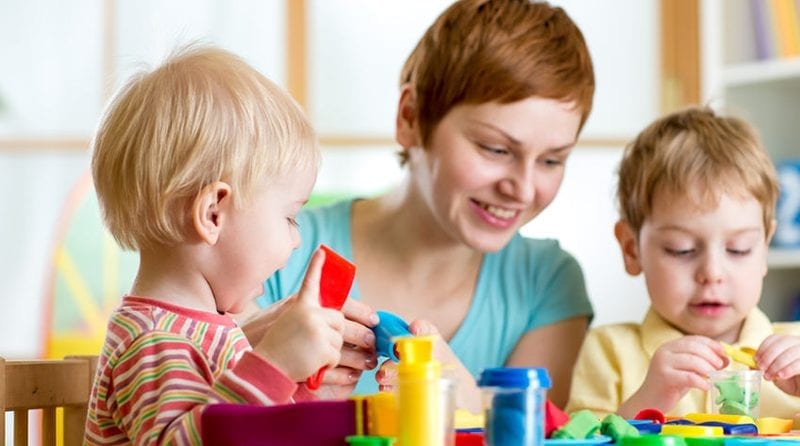 Nurseries are asking parents and other setting owners to get behind a new petition to scrap business rates for childcare providers.

Hocus Pocus Day Nursery in Bolton have started a petition on the UK Government and Parliament website.

A similar petition, calling for childcare providers to be exempt from business rates and to be zero-rated for VAT, was started last year by Sue Johnson who owns Scamps of Benson. It only achieved 5,853 signatures before closing.

Victoria Whitty, manager of Hocus Pocus Day Nursery, said: “We had signed the previous petition and thought we’d try and get it out there again, and make a bit more noise. We’re bewildered it’s not got more signatures.”

Mia Kilburn, the owner of Hocus Pocus, who runs the nursery alongside her brother Ian, said, “I don’t understand why something that is going to affect so many people in the country only got 6,000 signatures.”

Separately, Ms Kilburn commented that a petition to get Irn Bru to change its recipe back to the original has so far gained more than 52,000 signatures.

If 10,000 people sign a petition on the Parliament website the Government must issue a response on the matter. If there are 100,000 signatures or more on the petition, it is considered for debate in Parliament.

She added: “The money would go a long way to provide better facilities for the children. I don’t think the general public are aware of the repercussions. We’re tied by insurance premiums. We pay VAT on gas and electricity.

“It’s a very unfair playing field. At least one council nursery in our area has closed – if the council can’t make it work, how can we? I have sleepless nights. I’m responsible for 25 staff.

“£12,000 a year could be the difference between staying afloat and going out of business, or improving children’s experiences.”

Samantha Ashfield, owner of Battenhall Nursery in Worcester, is also backing the petition.

She said: “For the petition to be discussed by Government we need to reach as many people as possible.”

Ms Ashfield said, “We decided to expand, and my family and I moved out of our home. We converted the whole building into a nursery in December. The cost of my business rates is four times that of council tax and I have to pay refuse collection on top. When a business is trying to grow and provide childcare and employment, significant costs like this can have a huge impact on a business.”

The change means that business rates for the property are now being paid instead of council tax. Ms Ashfield said that she was ‘shocked’ to find that the business rates were higher than the council tax she had been paying previously.

Since 1st April, nurseries in Scotland benefit from 100 per cent relief from business rates. A report commissioned by the Scottish government into non-domestic business rates revealed that the change would save the sector around £8m a year.

After a consultation in Wales last year, the Welsh government has announced a similar deal.

Chief Executive of the NDNA, Purnima Tanuku said, “Extensive campaigning from NDNA and our members has already seen changes in Scotland and Wales meaning a huge difference for struggling childcare businesses.

“Nurseries offer a social and economic good in providing quality education and allowing parents to work.

“As well as nurseries struggling to stay open, fees are also rising for families that don’t qualify for free hours. We urge everyone in the sector to support this petition.”