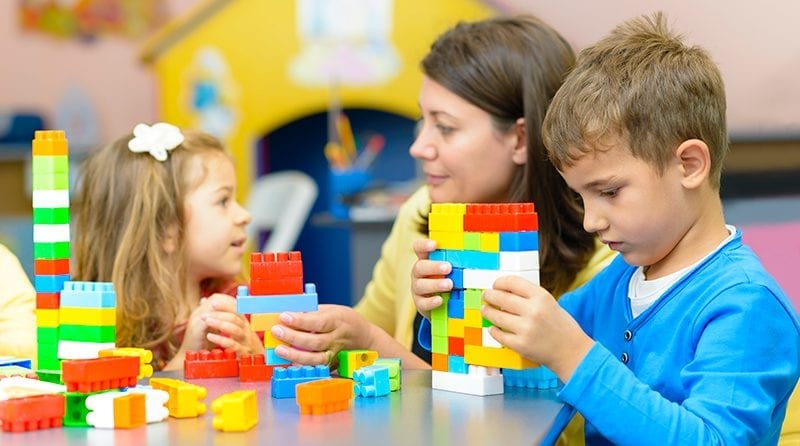 An annual survey of nurseries in England has found that providers are struggling to pay their staff more than the minimum wage due to shortfalls in government funding, which have risen dramatically over the past year.

The survey, carried out by the National Day Nurseries Association (NDNA), also found that the 30 hours policy has created a huge administration load, causing nurseries to use one staffing day each week to help deal with the new system.

The findings published by the national charity revealed that the deficit between the cost of delivery and funding paid by local authorities has grown to an average of £2,166 per year per child.

The survey, which took place in March and April 2018, found that a third of nurseries are having to limit the number of funded places that they offer to help reduce their financial shortfalls. Local authorities are also said to be paying a third of nurseries late, which worsens providers’ existing cash flow challenges.

Chief executive of the NDNA, Purnima Tanuku said: “It’s about time government woke up to the full cost of delivering their 30 hours ‘free’ childcare policy.

“One in five English nurseries that responded to our survey expect to make a loss and many fear they may have to close their doors. Our figures show that since the 30 hours policy began, closures have increased by 47% on last year.

“Nurseries are forced to alter the way they deliver funded hours, by restricting the amount of places they offer, holding back from hiring highly qualified staff or charging parents for extras to make up the funding shortfall. Neither parents nor nurseries want this to happen.

“Doubling the amount of funded childcare from 15 hours to 30 has more than doubled nurseries’ average annual shortfall which, coupled with late payments from local authorities, is seriously undermining their cash flows.

“Adding to these difficulties, nurseries are spending huge amounts of time supporting parents to understand the new system and reconciling payments. This is time which nursery staff should be spending with the children.”

Ms Tanuku added: “This is a terrible state of affairs in a sector which should be thriving as more children than ever before take up their funded places.

“By not adequately funding this policy, government is putting children’s life chances at risk.

“The government must act now. Echoing the Treasury Select Committee’s recommendations to government earlier this year, government, via local authorities, must pay providers the going rate which keeps pace with rising wages and other business costs. Let nurseries focus on what they do best, providing high quality learning experiences for children.”

Other important findings from the survey were:

709 nurseries responded to the survey.