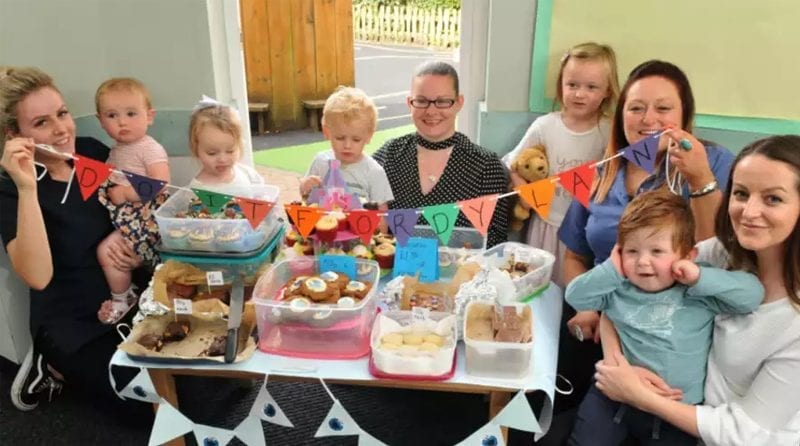 Three-year-old Dylan Blundell has a rare condition that restricts him from running around with his classmates, but that doesn’t stop him from having fun.

Everyone at the nursery in Preston has been busy raising money to pay for a special portable bed for Dylan.

Emma Gore, a staff member at Busy Bees in Bamber Bridge, said: “Dylan isn’t up on his feet yet but he gets around with his little walking frame and is a popular member of the group.

“He recently got a special bed to stop him hurting himself at night and we as a nursery are supporting the family so they can get a portable version to enable them to go away.

“We’ve called it ‘Doing it for Dylan’ and each week we are doing something different to raise money.

“We have [an] ongoing raffle which has received [a] fantastic response from local businesses donating things like gym passes, a family meal at the Gusto Italia, we actually have more than 40 prizes.”

Dylan’s mum Aimee said the specialised bed has changed the family’s life and that they are looking forward to being able to spend time away from home.

Ms Gore said: “We have set up a go funding page as well and the response has been amazing.”

Ribby Hall holiday park in Wrea Green has also offered to provide a short stay at the facility for the whole family once the target to buy a travel cot has been met.

Ms Gore followed by saying Dylan’s family have been overjoyed with the response.