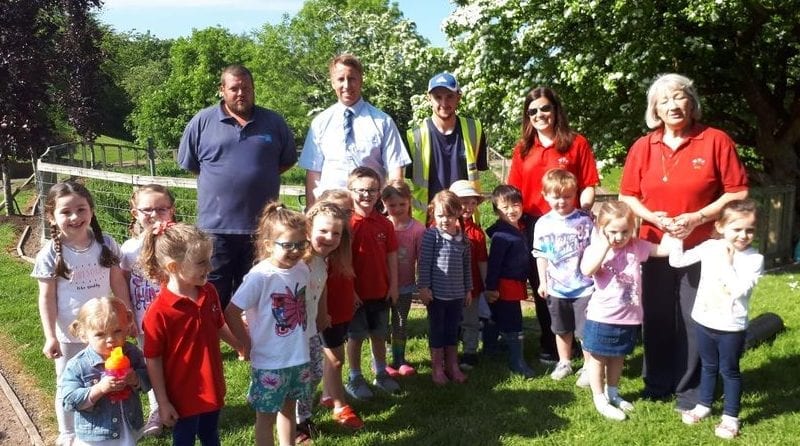 Children from Kiwi Pre-school Playgroup have been learning about the First World War and the suffragettes in their local community park.

Tots at the playgroup, based in St Kenneth’s Primary School, learnt about the work of the suffragettes and the sacrifices made during the First World War as part of their project, ‘Your Past is Our Future’.

At Hillocks Community Park, the youngsters planted a combination of plants with purple flowers as a legacy to match the suffragettes’ colour scheme.

Chairman of the nursery Rebecca Hay said that the scheme had proved a massive success. She said: “The children have the chance to learn all about preparing the ground, picking and planting the perennials and watering the flower beds and tree as well as teaching them about the significance of how past events have helped to shape their future.

“A huge thanks to the Volunteering Matters Action Earth team and Alan Jackson and his men from the council parks department for helping this project come together.

“The sun shone as we worked and the children had great fun.”

The playgroup has also adopted a local train station – East Kilbride – and look after its planters and beehives.