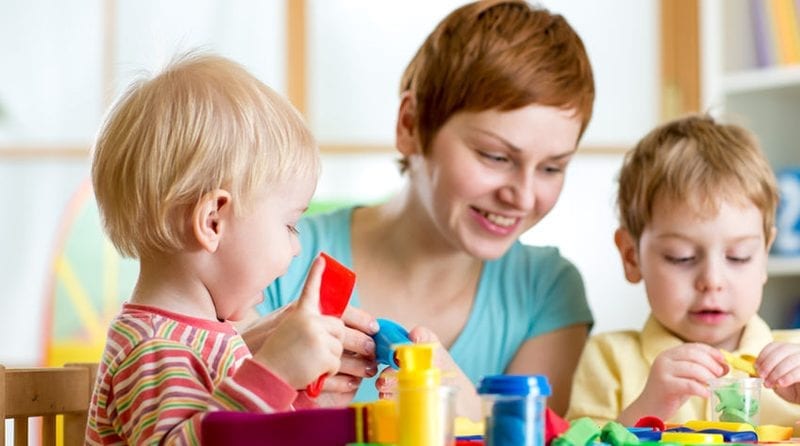 St Clare’s Pre-School were able to open their brand new facility thanks to help from Portsmouth City Council and Hampshire County Council.

Manager Gail Young-Evans said: “We always wanted to build our own pre-school and achieve something of our own. We approached Portsmouth City council in 2014 and asked them if they could help us find somewhere. We really wanted to stay in Warren Park, so it went from there.”

The pre-school, rated outstanding by Ofsted, originally started as a playgroup in a church hall in 1968. In 2014, it moved to a shopping parade but quickly outgrew the premises.

Portsmouth City Council owns pockets of land in Havant, which it acquired after the Second World War. It agreed to let St Clare’s Pre-school build on one of these pieces of land, located at the back of the shopping parade.

The pre-school already had £40,000 in savings to take on the project but this was not enough. They were over the moon when Hampshire County Council agreed to grant them £240,000 towards the building costs which totalled £280,000.

The new state-of-the-art building took four months to complete and opened in January.

Nicky Baker, who oversees the care of 38 children in the setting, said: “The new building is lovely. It’s nice to have air conditioning and it is A-rated for energy efficiency. Our families absolutely love it.”

The pre-school now employs 23 staff members and cares for 88 children.

A spokesperson for Portsmouth City Council said: “We are delighted that such an important community service has benefited from our support.”