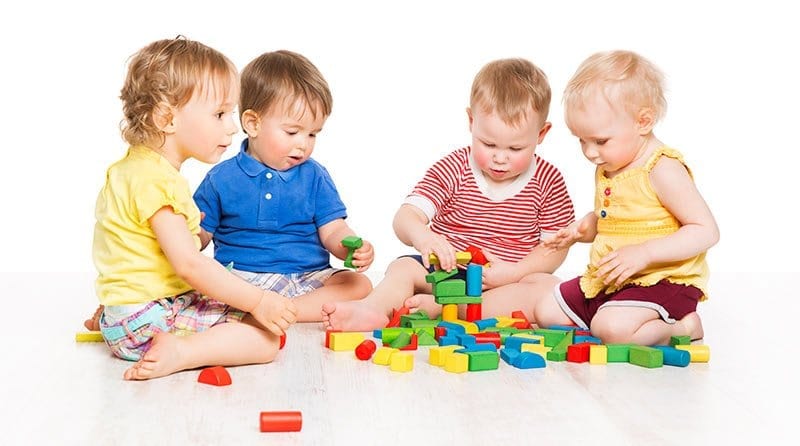 When babies are born, they form an attachment with one or two main caregivers. The first few months in a child’s life are the most important time in which to form these good quality attachments. Eye contact, smiles and being held lovingly by adults are incredibly important for children’s cognitive, social and emotional development. The caregiver provides a strong sense of safety to the child. Without this affection, there could be long-term negative effects.

Bowlby states: “Affectionless psychopathy is an inability to show affection or concern for others.  Such individuals act on impulse with little regard for the consequences of their actions. For example, showing no guilt for antisocial behaviour.” This could be one of the consequences of a baby being denied affection in those first few months.

Forming strong attachments with primary caregivers provides a solid foundation for children to relate to others. As babies grow and develop, they are able to engage in more complex interactions. A mother may coo and speak to her baby and, in return, the baby may respond with smiles or babbling. These are the very earliest forms of social interaction.

During the toddler stage of development, around 18 – 36 months, children enjoy being near and watching others. However, they tend to play alongside other children (parallel play) rather than directly with them. Group play such as dancing or singing games offers the opportunity for toddlers to play on their own or in the company of others. At this age, toddlers can find playing with other children stressful, so will like having adult support on hand. By joining in and being a good role model, you can show the children how to behave in social situations like these.

Around the age of 4, children will show more interest and desire to play with others. At this stage, they are able to practise the skills which will help them form fulfilling friendships such as taking turns, sharing, understanding others’ emotions and the ability to express one’s own feelings and thoughts.

Early bonds of friendship forged with other children provide a platform to practise social and communication skills. They are also useful for developing conflict resolution skills and empathy. As children get older, they begin to develop a much wider and more complex network of relationships with others.

Helping a child who has difficulty joining in with a group

Whilst some children may find it easy to approach a group of their peers and be welcomed to play with them, others may find this task much more difficult. A shy child may choose to play alongside the group, hoping to be invited. Sometimes, all they need to do is ask to join the group or offer a suggestion such as “I see you are playing mums and dads, can I be the baby?”

do, but are not able to. In these instances, it can be helpful for you to find a role which will work for everyone in the group.

If a child is being rejected from group play, you can help the children involved understand how everyone else may be feeling. This will hopefully facilitate making room for the rejected child into group play.

Helping a child who has disrupted play

If the child has previously disrupted group play, children may be reluctant to let them join in with their games again. The child may not have learnt the delicate social skills of asking permission to join in, instead pushing their way into the group without being asked. Again, in this situation, it can help for you to intervene.

Initially, you can observe where the process is going wrong and then give some gentle coaching or prompts to help the child integrate into the group. This could involve working with the child to think about what they could say to join in. Standing by for support when that child practices this new skill when they approach the group can give the child a boost of confidence. Having an adult nearby is also much more likely to get the group to notice and then respond to the child.

You could also encourage the child to take part in games involving turn-taking. This will help the child to understand that some games have rules to be followed.

There’s no doubt that forming friendships is a vital part of children’s social and emotional development. Positive attributes such as self-confidence and self-esteem have found to be linked to having friends.  However, it’s not always easy for children to learn what they need to do to form lasting friendships. Making and keeping friends involves a number of vital skills that, with the help of an adult caregiver, can be practised, nurtured and developed over time.

Did you know…it’s the International Day of Friendship on 30th July?

The history of the International Day of Friendship began in 2011.  The UN announced that the day would aim to promote friendship between people, helping to build bridges between communities and countries.

1. Before starting your craft, trim your celery at the ends and cut them in half as this will make it easier for children to hold.

2. Using a black Sharpie pen, draw an outline of a rainbow fish.

3. Let children dip the end of a celery stick into their first choice of paint and stamp the fish – this will make the colours look like scales.

4. Using another celery stick, let children choose a different colour to stamp more scales onto their fish. Repeat with all the colours.

5. Leave the paint on the drawing to dry.

6. Once your fish is completely dry, cut around the outline and hang it where everyone can see.