Kent settings write to MPs after cuts to SEND funding 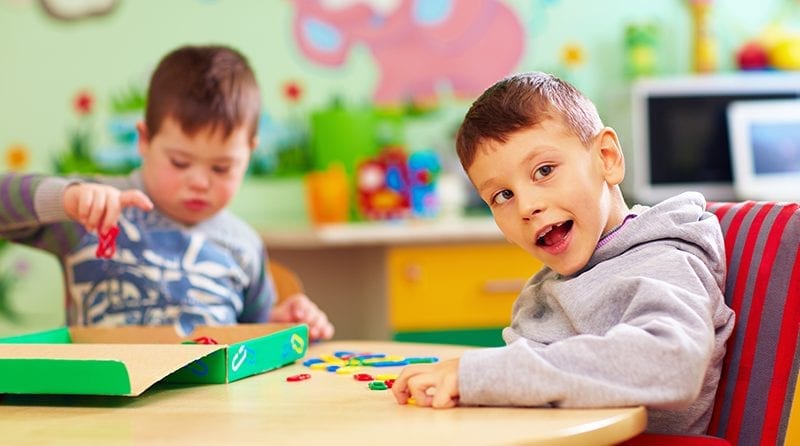 Early years settings in North East Kent have expressed their concerns about cuts to the level of funding for children with additional needs.

In a letter sent to local MPs, education ministers and the council, the settings said that they are experiencing ‘insurmountable difficulties in meeting the needs of very young, vulnerable children who have special needs’.

The letter states that the lack of funding for children with SEND is putting settings in an ‘unacceptable position’. They have expressed concerns that it will result in them either being unable to safeguard children, having to exclude children with SEND or funding support themselves, which may ultimately cause them to close.

The letter has been signed by ten private and voluntary pre-schools and nurseries in Canterbury.

One of the concerns raised is in respect of the ability to claim for one-to-one funding for children with SEND.

The letter reads: ‘We are not allowed to claim one-to-one funding for these children, as we are told that one-to-one support is not necessary for children. We would like to invite those who believe this to be the case to come into our settings and show us how we can safeguard, let alone teach, children who have no speech, no understanding of danger or risk and an active curiosity to explore, climb, throw, hit and taste, within usual ratios.’

Project manager and teacher at Hersden Under 5s, Isabel Harvey, said: “There was a sudden change in the funding for high-level complex needs. There was limited information.

“We now need to provide two terms of evidence from when the child turns three. You used to be able to bypass that in certain situations, but they’ve clamped down on that. They’re constantly changing the process of applying for funding.”

Early years settings used to be able to claim £7.90 per hour for children with the most complex needs. However, the highest rate is now £4.50 an hour.

Ms Harvey said, “Some children do require one-to-one funding for their safety. We had one child who started when he was two and received no free education funding because he had no formal diagnosis at two. We want to do the best for these children, but we need to staff it, give children the support they need. It does cost money.”

She added: “They all need some extra support, whether it’s for speech and language, or high complex needs where they need one-to-one support.”

Hersden Under 5s cares for 30 children and approximately one in five of them has SEND.

Some children would be entitled to funding through an Education, Health and Care Plan (EHCP) but children in nurseries do not often have one in place.

Ms Harvey said, “We get that process rolling but it takes time and it may be when they go to school.”

She also explained that the funding problems they were experiencing were an ‘unfortunate result of the 30 hours’ because the changes were brought in last September, when the additional 15 ‘free’ hours were introduced.

Ms Harvey added: “The teams we liaise with at Kent County Council are doing what they can to support us.”