Kiwi Nursery forced to close after more than 40 years 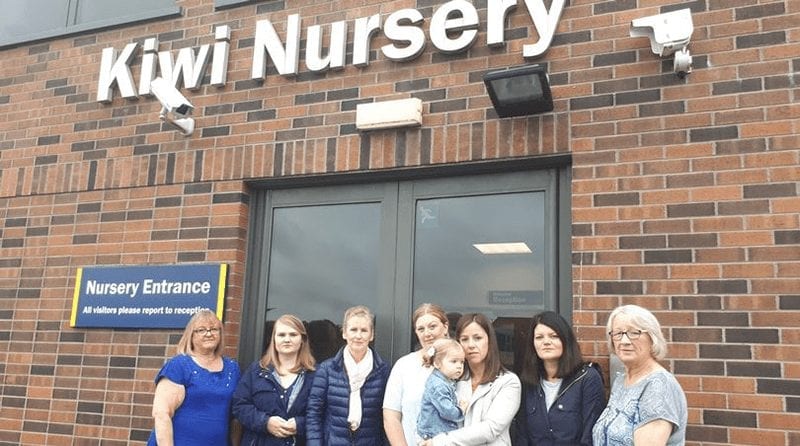 South Lanarkshire Council and the Scottish Government have been criticised for ‘a lack of support and resources’ during the nursery’s 5-year struggle to stay afloat.

The not-for-profit setting in East Kilbride welcomed generations of the same families, so parents were devastated to hear the announcement that it was closing for good.

Both South Lanarkshire Council and the Scottish Government have come under fire for a lack of support. Chairperson Rebecca Hay admits Kiwi Nursery had been struggling for the last 5 years and says the lack of support and resources did not help.

The setting took part in a variety of community projects over the years and had just been granted £6900 from the National Lottery Fund.

Kiwi Nursery has been working with the Care Commission, South Lanarkshire Council and St Kenneth’s Primary School to make sure that children have placements at other nurseries.

In spite of this, parents say the loss of the nursery and its devoted staff is a real disappointment for families in the town.

Megan Hudson Evans, a mother of three from Stewartfield, said: “My eldest was there for two-and-a-half years before she started St Kenneth’s Primary last week.

“My middle child was there and in due course I was hoping to send my youngest who is 14 months.

“I am absolutely devastated for the staff more than anything else – they and the playgroup were absolutely fantastic.

“It is a huge loss for families who had children going there and parents who were wanting to send siblings there.

“It was a real shock when we found out it was closing and if there was any way of saving it I am sure parents would support it but I don’t think that is likely.”

Jennifer Boughanmi from West Mains said: “Everyone is really upset and disappointed that Kiwi has closed.

“I had a child there last year who is now starting primary school and I have a young baby who I was eventually hoping to send there.

“It was such a lovely environment and a fantastic setting for the kids.

“The staff were also amazing and did so much. It is such a shame for them. All the girls treated the kids like they were their own and that’s not necessarily going to be easy to find elsewhere.

“I know it’s been an upheaval for children too. Some youngsters had watched siblings go to Kiwi and already knew and were comfortable being there and were expecting to go.”

Rebecca Hay said: “Despite our best efforts, we could not sustain the financial burdens we faced and were forced to concede defeat.

“It is testament to the love and sense of duty shown by our dedicated team of Doris Donnelly, Jacqui McGowan, Arlette Robinson and Laura Barley, who have taken pay cuts, worked overtime unpaid and sacrificed family time, that we have kept going so long and have continued to receive excellent Care Commission inspections.

“Pitiful resources and help from the Scottish Government and South Lanarkshire Council have in all honesty slowly drained all our energies.”

Joe Fagan, East Kilbride Central North Labour councillor said: “Kiwi did a huge amount of work in the area. They weren’t just a popular not-for-profit childcare provider, they were an active part of the community.

“Kiwi closing their doors is a big loss and it also raises questions about the relationship between the council and the Scottish Government and partner providers.

“The council should get to the bottom of why this organisation has had to close and whether they could have done more to support them as a priority.”

Head of education at the council, Stewart Nicolson said: “We have increased the rate that all partners are paid for existing provision and continue to engage with them to address their concerns, to support them in meeting the National Quality Standard and to ensure that families will continue to have a wide range of choices available to them.”

A Scottish Government spokesman said: “Providers in the private and third sector play a vital role in delivering the funded early learning and childcare entitlement, and will continue to do so as we almost double the funded entitlement to 1140 hours in 2020.

“We will be providing £567 million of additional funding per year for local authorities to help deliver the expansion across Scotland.”