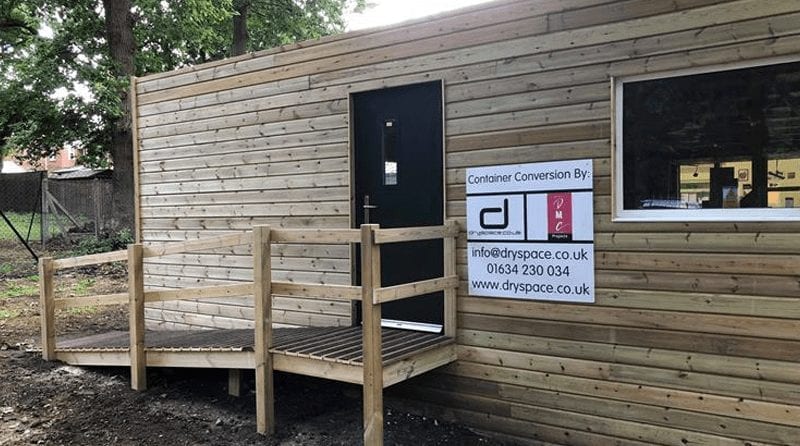 Criminals have broken into Lordswood Under 5’s Playgroup twice in the space of two days, leaving behind a trail of destruction.

The thugs stole from the playgroup, smashed toys and smeared paint across the nursery walls.

Manager Amanda Meeson said that builders had to fix the damage caused, as well as replace tools that were stolen in the break-in.

She said: “We are a community playgroup and want to provide a fabulous new extension and outside play area for the children and it is upsetting to think people have such disregard for what is clearly a building for young children.

“We try to teach our young children respect and moral values so it would be good to think these people will be punished for their actions.

“We have been overwhelmed by the support from our local community, there have been many offers of help for which we are very grateful.”

The Kent nursery had been given government funding to renovate the setting before the vandals struck but are still determined to open again for the new term.

Owner of DMC Construction Company, Darren Cashford, said: “They broke in through the roof and just trashed the place.

“There was several litres of liquid up the walls and they stole hammers, crowbars and knives, tools to help people break into places.

“It’s cost me £400 of damage and it’s held up the renovation for a couple of days.

“It’s these scummy teenagers from Lordswood; they are like animals.

“They stayed in there overnight; we found hidden food and drinks and [they] bragged about it on social media. It’s so frustrating.”

Amy Wood, chairman of the playgroup, had organised a sponsored walk to be able to develop the outside area but some of the money from this event may now have to go towards repairing the nursery.

She said: “I was devastated when I found out the nursery was broken into – I think those people are disgusting.

“The walk went really well. We are going to continue to do everything we can to help.”

Police spokesman James Walker said: “We received a report that a premises in Ballens Road, Lordswood, was burgled. At present no arrests have been made.”