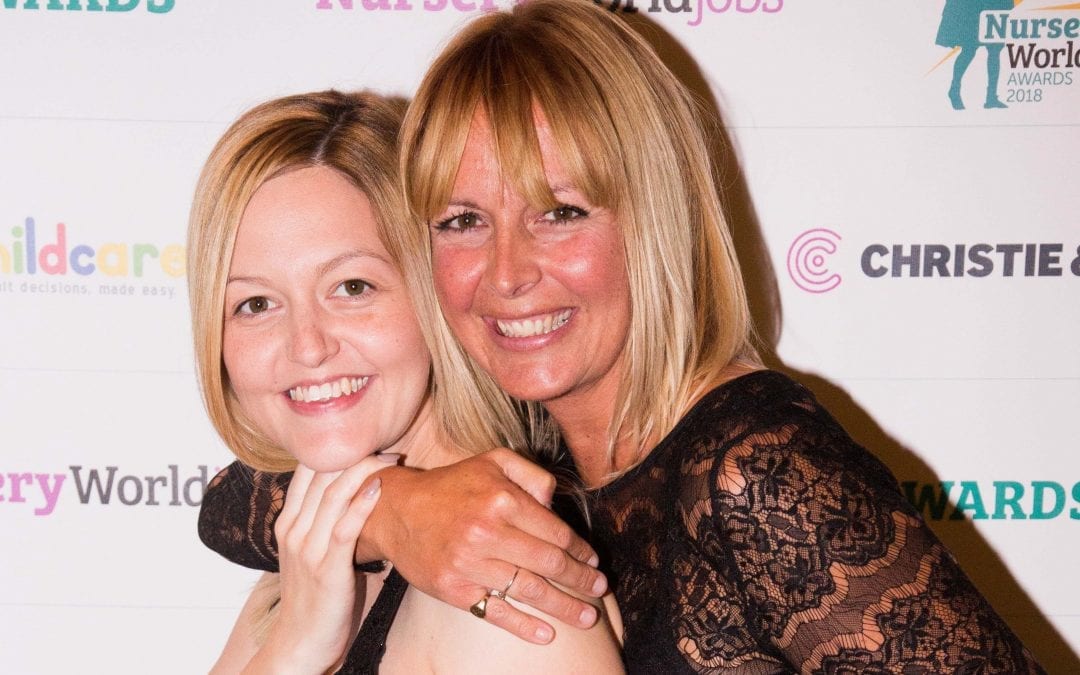 Childminders Pebbles Childcare, in Worthing, West Sussex was the first business to win a brand new award at the prestigious Nursery World Awards (the biggest awards in their sector). Pebbles Childcare was one of three finalists shortlisted for the ‘Childminding Business of The Year’ award and was elated and overwhelmed to walk away with the winner’s trophy.

The glitzy event was held at The Brewery in London, full of early years professionals and some huge names from the education sector.

Pebbles Childcare’s over-riding mission has always been to change the face of the childminding profession by removing negative stereotypes of the profession and turning home-based childcare into a viable career and childcare option. It has achieved so much in the 3 years it has been operating since owner Bridgit Brown created the home-from-home learning environment in 2015.  Huge demand in Bridgit’s initial month’s operation resulted in her taking on an assistant, Chloe Webster, in 2016, who later registered as a childminder in order for the business to grow and facilitate demand.

Pebbles Childcare has achieved so much in its 3 years of operation; from being awarded an ‘Outstanding in All Areas’ grade by Ofsted in its first inspection in 2017, to being shortlisted for ‘Early Years Setting of The Year’ at the prestigious Times Education Supplement (TES) awards for 2 consecutive years in 2017 & 2018.  In addition to this, Bridgit achieved huge success at the Sussex Women In Business Awards in 2016, when she won ‘New Business Start-Up of The Year’ for her incredible vision in creating Pebbles Childcare independently, following a successful career in the private nursery sector for over 26 years.

Being the first winners of this brand new award at such a prestigious ceremony for the Early Years sector is a truly amazing achievement for Pebbles Childcare and one it is completely overwhelmed with, but nonetheless exceptionally proud of.