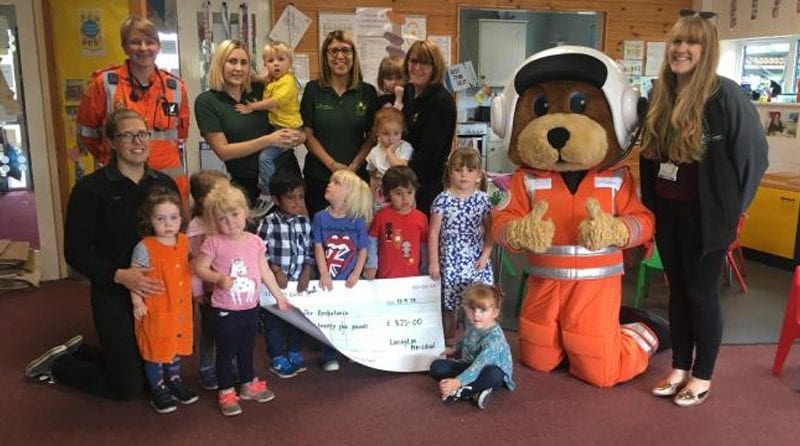 Lavington Pre-School held a horse racing night at the Churchill Arms to raise money for the Wiltshire Air Ambulance in memory of a colleague.

The pre-school selected the air ambulance as its charity of the year after they helped colleague, Rebecca Gray when she was taken ill in February and flown to a hospital in Bournemouth.

Julie Langlands, manager of Lavington Pre-School said: “Thanks to the support of our wonderful children, parents, staff and friends, I’m touched that we have been able to help this incredible local charity which is very close to our hearts. We have raised the money in memory of Rebecca.

A £825 cheque has been offered to the charity after the race night, which in total, raised an incredible £1,650. The other half of the money raised has gone towards the nursery funds.

Lavington Pre School is a charity-run organisation offering childcare for young children in the Lavington community and has been running for 20 years.