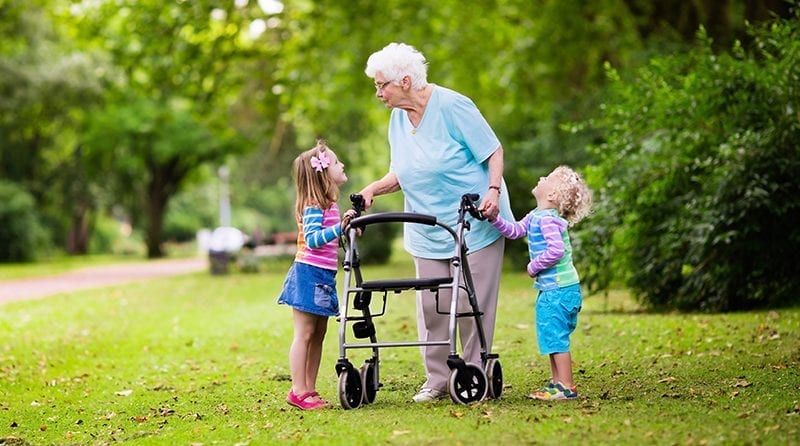 A new five-part series on Channel 4 is returning, showing nursery children who go to visit the largest retirement community in the UK, Lark Hill Village in Nottingham.

The show’s purpose is to demonstrate that encouraging the younger and older generation to mix can transform the physical, social and emotional well-being of both age groups.

From ages 60 to 102, residents from Lark Hill Village and four-year-old children share daily activities created by experts including a physiotherapist, a gerontologist and an early years specialist.

The experts will measure the effect that the youngsters have on the behaviour, movement and mobility of the older group.

The duration of the experiment has been extended from six weeks to ten, to allow the team to monitor the younger group and see how well they also benefit from interaction with the residents.

St Monica Trust in Bristol, which ran the Cote Lane retirement village said it would be starting a nursery at one of its sites after experiencing previous success with the project.

Channel 4’s acting head of factual entertainment, Lucy Leveugle, said: “We are absolutely delighted to be supersizing ‘Old People’s Home for 4-Year-Olds’ by taking it to the UK’s largest retirement community for a longer period of time. The continuing legacy of this series is testament to the universality of the issue of social isolation and loneliness. Both the older residents’ and the children’s stories are compelling and heart-warming, and we are so grateful to them for sharing them with us.”

Creative director of CPL productions, Murray Boland added: “We are so proud to be making a second series of ‘Old People’s Home for 4-Year-Olds’. It is the most important programme that any of us have ever made.”

United for All Ages launched a campaign earlier this year in the hope of creating 500 centres by 2023 for all ages across the UK.

Director for the company, Stephen Burke, said: “The benefits of mixing are huge – from helping children learn and develop, to reducing loneliness and improving the health of older people. And there are wider benefits for families and our society which is often segregated by age, with many youngsters not meeting older people.

“Bringing older and young people together can tackle myths and stereotypes, increase mutual understanding and address big issues like ageism and improving care. Mixing matters for all of us – whatever our age. That’s why we are working to create centres for all ages in every community.”