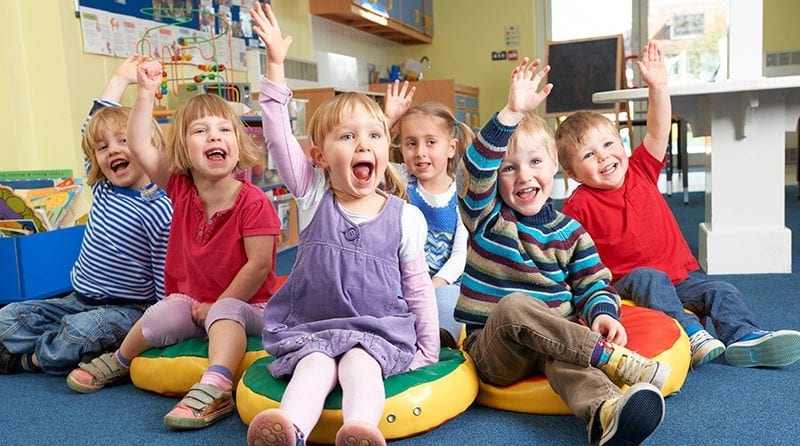 According to a recent French study of its early years education system, children who attend nursery are better behaved and have less emotional problems than those who are cared for in a more informal setting.

The study, conducted in France by Pierre Louis Institute of Epidemiology and Public Health, found that children who attended a crèche or day-care centre for a year or more, found it easier to make friends with others and generally had better social skills compared to those who stayed at home.

Some of the reasons researchers gave for this included: more time spent reading, following rules, and getting praise from a young age.

The French study involved 1,428 children up to the age of three and compared children at nursery school with those cared for at home, to discover their results.

Earlier research has shown that childcare at a young age can enhance a child’s language and thinking skills and can increase their educational performance.

The researchers in the new study wanted to test the impact and effect that formal care settings could have on children’s behaviour from a young age.

The researchers found these children were less likely to have emotional and behavioural problems later in childhood and were more likely to have better social skills.

Highlighting the difference between the French system and the one used here in the UK, the Professional Association for Childcare and Early Years (PACEY) said: “The French and English systems are regulated and operate differently.

There is a wealth of independent research that shows childminding provision in England is high quality and extremely beneficial to children and families.”

This research can be seen in the Study of Quality of Early Years Provision in England, which measured quality in 1,000 childcare settings.