New pre-school has successful week after opening its doors 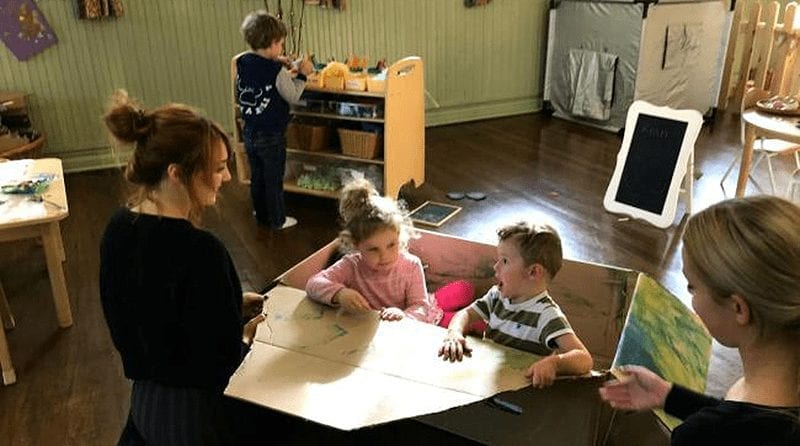 Serendipity nursery school, based in Darlington in Willow Road, has extended its services to Heighington after their pre-school closed earlier this year.

The new pre-school, opened by Ofsted, officially started on 17 September and has watched numbers grow gradually over its first opening weeks.

Sam Donkin, in charge of Serendity nursery said, “the process of settling in has been going really well.”

“With all the children being new, we have been bringing them in gradually. Some have started a few hours at a time or playing while parents are around.

“We had a session where the children brought in pictures of their family to help them settle in and introduce themselves to each other” she said.

The pre-school has been organising seasonal activities for the children to get involved with including creating a harvest hamper to donate to the elderly.

Mrs Donkin added: “The children have been out and about around the village on walks. Some of them have come here from Darlington to do some outdoor sessions. We plan on doing a lot more stuff outdoors once we’ve got settled.

“We have been making a collection for harvest festival to take to the church, and we have been doing harvest activities with farm role-playing and animal props.

“The messages we have got from people living in the village were amazing. It’s been really positive.”

Serendipity are also planning on opening a third nursery around the area after Rose Dene nursery unexpectedly closed leaving some children without a school.