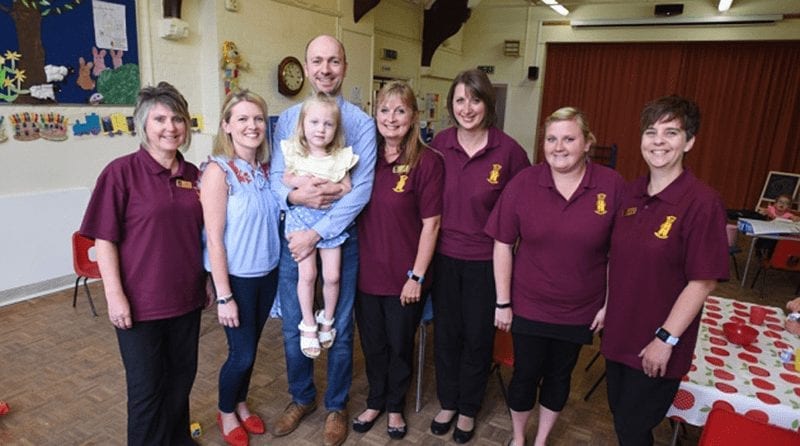 Two members of staff from a nursery in Suffolk have been honoured with an award after fighting to save a three-year-old’s life when she fell and hit her head.

The award honours those who show courage and bravery when saving a human life.

On Friday February 9, Annabel hit her head after collapsing whilst dancing at her pre-school in Barking due to a heart condition that was unknown to her parents.

The staff members began CPR on Annabel and continued for 20 minutes until emergency services arrived to take charge.

An air ambulance then reached the nursery to fly Annabel to hospital where she suffered further arrests.

Due to the bravery and fast action of the two members of staff, Annabel had a safe recovery and was able to return home.

Months after the event, pre-school manager Ms Symonds said: “Initially we thought we were dealing with a head injury and that Annabel had knocked herself unconscious while dancing.

“I still think it was the paramedics and the consultants at the hospital that saved her life,” she said. “I gave her a fighting chance but that hasn’t really sunk in.

“You do the first-aid training and go on the courses but never think you’re going to have to use it on a three-year-old child.

“It’s priceless to see her now walking through that door again. I honestly felt on the day that we wouldn’t see her pull through.

Mother of Annabel, Rebecca said: “We cannot put into words our heartfelt gratitude to Shelley, Ness and the rest of the pre-school staff. They were exceptional.

“The sheer courage it took to perform CPR while managing the whole situation in a calm and professional manner.

“Shelley saved our daughter’s life and we’re eternally grateful to her.”

Secretary of the Royal Humane Society, Andrew Chapman has praised everybody involved in the incident.

Whilst announcing the awards he said: “This was a horrific incident when this little girl effectively died after falling and hitting her head.

“Thankfully staff there were first-aid trained, remained calm and did everything right. In other circumstances little Annabel might no longer have been with us but thankfully she survived the ordeal and is now back home with her parents.

“All concerned here did an amazingly good job and Shelley and Vanessa richly deserve the awards that have been made to them.

“At the same time this is yet another incident which emphasises the value of as many people as possible learning CPR techniques. Probably all who learn them hope they will never be called on to use them, but as this incident shows, they can, as they did here, make all the difference between life and death.”