Under-fives continue to spend more time on YouTube and Netflix 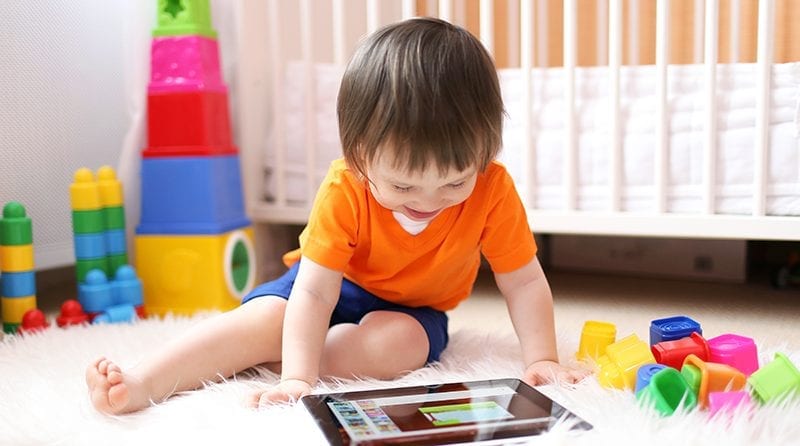 A new survey has revealed that three in four pre-school children are spending more time on technology devices to watch YouTube and Netflix.

Research manager at Childwise, Jenny Ehren said: “The increasing use of connected devices by pre-schoolers this year may reflect growing access to on-demand services, especially subscription-based options such as Netflix, which has quickly risen through the ranks over the last three to four years.

“Their list of favourite programmes is becoming more varied, and whilst many are drawn from across the different pre-school channels, we are beginning to see more references to content exclusively available on YouTube and paid-for streaming services.

“This year has seen a noticeable increase in gaming, with three out of 10 under-fives now regularly exposed to video games, often as players, but also as spectators as well.”

More than 1,000 parents took part in a survey about their children’s online habits.

The survey discovered that three-quarters of children use their parent’s devices and half of these have their own tablets or computers.

The research also found that communications between children and virtual assistants such as Siri and Alexa has risen, showing that more than two-thirds of families with pre-school children own a device that uses voice recognition.

The report says that Cbeebies continues to be the most common TV channel for children under five but content from subscription-based services such as Netflix have ‘gained significant ground this year’.

However, the report also revealed that there has been an increase in offline activities with a rising number of under-fives doing arts and crafts or visiting the library.

Emma Woodcock, a mother-of-two from Wolstanton said: “I think tablets have got their place as long as they are monitored, and you have parental controls on. My children seem to be developing really well.

Grandmother, Sylvia Jepson, aged 83, from Biddulph added: “I have recently got a smartphone and my seven-year-old granddaughter was showing me how to use it. Children grow up with this sort of technology today.”

Stephan Parker, CEO of the live-chat-specialist Parkers Software, based in Biddulph said: “At present, we still have no solid data on the impact of screen time on child development. So, those who take a strong negative stance on tablet and smartphone use are doing so without clear, consistent research to support the censure.

“It is, of course, all too easy to find cause to criticise tablets and their effects on young children. They can reduce physical activity, they can increase appetite for control, they can create shortened attention-spans.

“But they can also be hugely beneficial in a number of ways. For example, tablets represent an opportunity for children to learn and stimulate their minds in engaging new ways. They can help young people develop an aptitude for technology – something which is increasingly important in today’s world. They might even lead to curiosity in the code behind the device, which can only be positive for the future of programming.”