Nursery fate to be decided in next few days 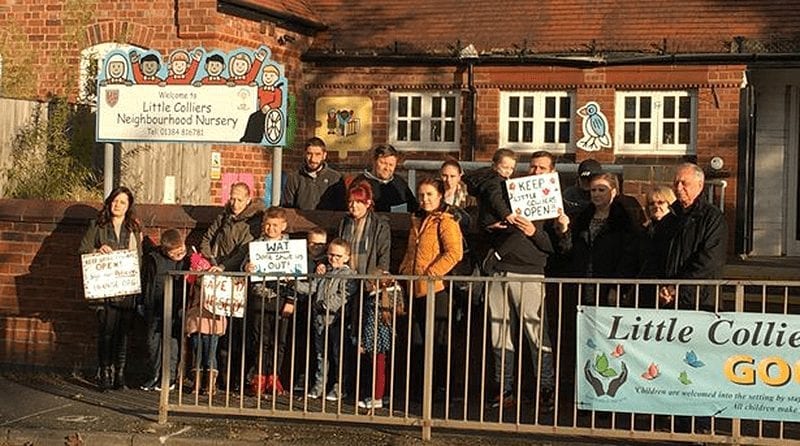 Little Colliers, a nursery in Halesowen, is left with a few days before a decision about closing it down will be announced.

The announcement which came out during October half term, could mean that the nursery will be closing their doors for good in December. The proposed closure is happening due to a lack of funding, according to the Windsor Academy Trust.

Parents have said that the nursery has changed for the better since their Ofsted report in 2016 and they even have upgraded their decor during the summer holidays. They told Black Country Live that the proposed closure is “causing major concern.”

With the closure, 60 children will be in need of a new setting and 14 staff will lose their jobs. Due to timing, a lot of parents are worried that other pre-schools might be full and won’t be taking any more children. Another concern is for working parents who, due to the closure, might be in a difficult place, forcing them to stay at home, according to one parent, Ms Gennard.

The local primary school to which the children from Little Colliers will graduate, offered spaces to the children at their on-site nursery/setting, but they cannot offer the same childcare system as the nursery does.

“Little Colliers has been the heart and soul of everybody in this community. It has helped my children. It’s helped everybody’s children. It will be a shame to see every single child that attends this nursery without anywhere to go.”

The nursery is stated to go above-and-beyond their call of duty for the children in their care, supporting children with all their different needs, from children with special needs to severe allergies. “As soon as the nursery accepted a child with severe allergies, all of the staff went for Epi-pen training, there’s hand gel everywhere, and there are signs everywhere telling you where you can’t take things into the nursery that can affect the child’s allergies,” said Sarah Gennard.

“We are overwhelmed by the support of the children’s families and the local community. We hope that there is a bright future for Little Colliers neighbourhood nursery.”

There is a petition set up by Ms Gennard to keep the nursery open.