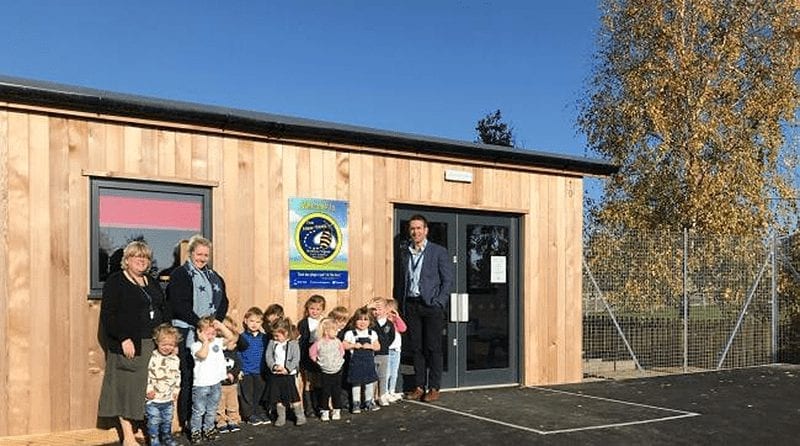 A village northwest of Hertford has opened a new pre-school called ‘New-Bees’. More than 140 people including staff, students, visitors and parents witnessed the opening event.

The new pre-school will be able to cater for children aged two to four. Work on New-Bees started before the summer and finished just before the start of the September term.

The pre-school also had two new classrooms built four years’ ago, to extend the capacity of the school.

Speaking to The Hereford Press, headteacher, Alex Davis, said: “The growth and progress that the school has made in the last few years has been outstanding. It’s a reflection on everyone involved in our school community that we’re in a healthy position to build, and importantly, maintain pupil numbers.”