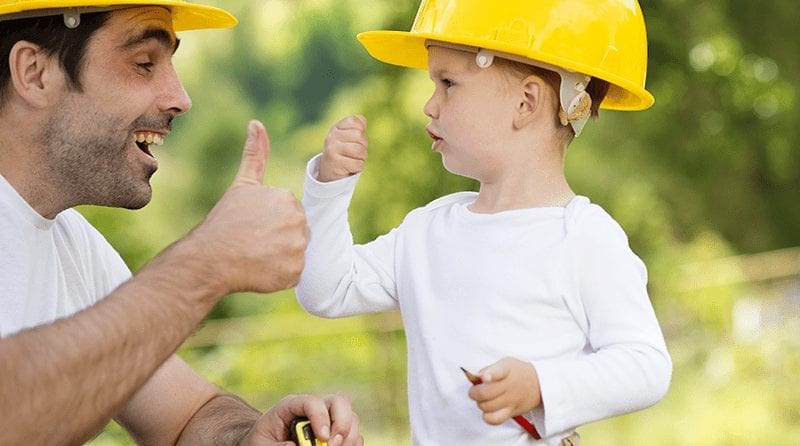 Everyone from tradesmen, businesses, staff and parents, to members of the public have helped Court Fields Pre-school with their mammoth refurbishment project.

The pre-school needed to renovate their new premises which they will be moving in to in the new year from their current location at Court Fields Community School.

Court Fields Pre-school appealed for help last weekend just like they do on popular BBC One programme “DIY SOS”.

Everyone helped out with clearing the garden inside of the Wellington Youth Centre in Mantle Street. Heating and plumbing were also completed.

“Great progress is being made, and currently we are on track to move in before the start of the new term. Wellington is a truly incredible community. I am so grateful to be part of it,” said Sheryl Higgs, the pre-school’s manager, to Wellington Today.

The new premises are around four times bigger than their existing premises. The pre-school, which is rated ‘outstanding’ by Ofsted, have had to self-fund the majority of the project as there is not sufficient cash available at the County Council.

Darren Wannell, the owner of Darren’s Homes and Gardens, was branded a ‘volunteer hero’ by Sheryl. Mr Wannell worked daily along with helper, Iain Potter, for over two weeks. “We could not have done this without him,” she said.

She also stated: “Richard and Trevor from TVS turned out to spend a whole day pressure-washing the building and outdoor spaces. And Kevin from KPM Ground Works showed up with his digger to level the garden.”

Everyone who helped out with the painting, clearing the garden and installing a fence was given bacon sandwiches supplied by town butcher, Tim Potter.

The project was supported by a donation of £1,000 from Wellington Town Council.

The pre-school will provide childcare to children aged two to five, five days a week. They are currently full, and there is a long waiting list.