How sport helps children with anxiety 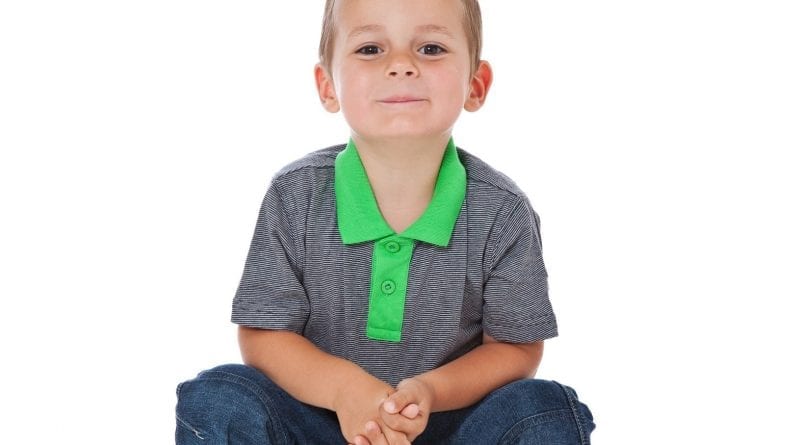 From the outside, toddlers seem like they don’t have a care in the world. However, did you know that children as young as two can experience anxiety? Fortunately, practicing a sport during their early years will benefit them greatly from this point of view. In this article, Benjamin Holeman explores anxiety disorder in infants and how it is closely linked to physical activity.

Anxiety in the early years

Many children are no strangers to anxiety. There are a lot of things to worry about during the formative years of life, such as grades, fitting in, meeting new friends, making parents proud, and so on. But while these pertain to more advanced periods in a little one’s life, early childhood comes with its fair share of disquiets as well.

The most common type of anxiety children experience in their early life is separation anxiety. They are most prone to it between the ages of 18 months and three years, but some cases continue well into their pre-school days. Have you ever noticed an infant crying when his or her parent left the room, or a toddler sobbing after mum and dad dropped them off at their childcare setting?

This sentiment is more widespread than we’d like to think. A total of 4% of all children are affected by it, and the older they are, the harder it becomes for them to calm down. It might not seem like a big deal for an adult, but even the shortest moments spent away from their home and parents can leave toddlers feeling homesick and miserable.

Social anxiety is another issue children can be faced with during the incipient stages of their lives. Going to daycare or pre-school creates the first type of social situation they are placed in, and the pressure to fit in and form relationships with their peers thus arises. Selective mutism is an extreme consequence of this.

The benefits of sport

The correlation between sports and anxiety has been widely discussed in the medical community. Recent research has shown that regular physical activity has a positive impact on the mental processes that trigger unease. What is more, study participants that engaged in exercise exhibited decreased levels of angst.

While the vast majority of trials on the subject were conducted on adult participants, the same benefits are true in the case of children as well. In fact, getting toddlers interested in physical activity from an early age usually implies they will stay active for the rest of their lives. In this next section, we will discuss the main benefits adopting a sport can have for an anxious youngster.

Practicing a sport will reduce the toddler’s stress levels in many ways. Not only does the activity fight fatigue and improve concentration, but it also releases endorphins. Known as the ‘happiness hormones’, endorphins will improve the little one’s mood and keep them content with their everyday life.

In addition to this, physical activity works wonders for self-confidence. It is especially important for kids to develop this quality during their early years, as it will assist them in being successful later on in life. A study conducted on athletic teenagers demonstrated that they are more likely to possess leadership aptitudes throughout their adult life.

As previously mentioned, social anxiety is a main issue for children as soon as they get placed into daycare or pre-school. This goes hand-in-hand with separation anxiety too, as the sudden absence of a parent can leave the little one feeling disoriented and unable to cope. Joining a sports team is a great way for them to socialise in a more informal setting first.

Most of the kids on a team probably share a common interest for football, tennis, swimming, or whatever else they might have chosen to play. This is a great conversation starter even for the shiest of toddlers who might have trouble fitting in. What is more, it nurtures a sense of unity and comradery that is difficult to achieve anywhere else.

At school, children are mistakenly led to compete against each other, but on a sports team they compete together towards a common goal. Thus, the toddler can form meaningful friendships that might last a lifetime even. Moreover, it will become easier for them to cope with failure, as they have the support of their mates in the process.

Anxiety isn’t a disorder reserved for fully developed adult minds. Children experience it as well, and it is our goal as parents and carers to assist them in handling it adequately. Getting them interested in a sport is a simple and efficient way to do just that, as it will make them happier and more confident overall. If they make some new friends in the process as well, even better.

Benjamin Holeman is an amateur pickleball player and a writer for toppickleballpaddle.com.

He thinks that sport is beneficial for children and that’s why he wants more people to know these benefits.