The ideas of the Behaviourists: are they still relevant? 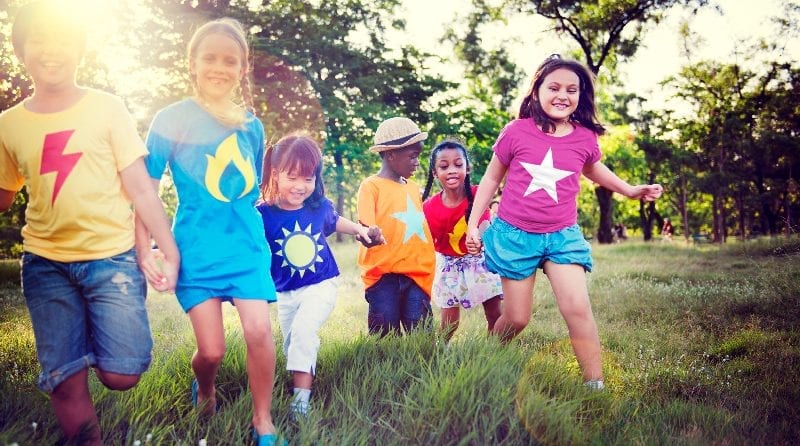 I recently attended a Halloween party at my grandson’s nursery, which involved all of the children dressing up. To begin with, the children were read a story and then they sat in groups with their nursery staff and family members who had come along for the party. I was there in my role as grandad. What struck me straight away was how well behaved all of the children were, how attentive they were when the story was being read and how well behaved they were when eating their party food, and later when playing with staff, family members and each other. Throughout the party, my thoughts frequently turned to my work as a psychologist many years ago, and I reflected on how these young children were responding to the positive behaviours of their adult role models, whose own behaviours were influencing and even shaping those of the children. This made me think of the work of those theorists known as the ‘Behaviourists’ who argued that it was possible to shape children’s behaviours through reinforcement.

Much of the thinking behind the approach adopted by the Behaviourists can be found in the ideas of the American psychologist, Burrhus Skinner (1904 to 1990), who is regarded by many as the primary figure in the field of Behaviourism. Skinner’s ideas, however, emerged from those of the Russian theorist, Ivan Pavlov (1849-1936), who, when carrying out experiments with dogs in his laboratory, noticed how they salivated when an assistant entered the room to bring food. Pavlov then noticed how the dogs salivated even when the assistants did not bring food and that merely entering the room was enough to make the dogs salivate. Pavlov referred to this behaviour in the dogs as ‘associated learning’ and suggested that the dogs had formed an association between the assistants entering the room and being fed. Pavlov then trained the dogs to respond to different associations, such as ringing a bell when food was introduced so that they then salivated at the sound of the bell, which suggested that they had formed an association between the sound of the bell and being fed – in its most basic sense, the dogs were ‘learning’. Pavlov’s ideas about forming associations were taken up by Edward Thorndike (1874- 1954), who saw possibilities in applying these to understanding children’s learning and later by John Watson (1878 to 1954), and more recently by Burrhus Skinner (1904 to 1990).

Do children learn by trial and error?

Thorndike originally saw many aspects of children’s learning as happening through trial and error. However, he also believed that if outcomes of children’s activities were positive, then associations would be formed between the activity and the positive outcome, which would then lead to the repetition of behaviours. Thorndike developed an experiment in which he put a hungry cat in a box built in such a way that the cat could see a fish outside of the box and within the box there was a lever, which when pressed would open the box. He then observed how the cat attempted to escape from the box, to eat the fish. On each occasion when the cat escaped from the box, it was returned to it. At the start, the cat’s attempts to escape were of am trial and error nature, though as time went by, the cat became quicker at escaping. Thorndike reasoned that the cat was making an association between how to escape and a lever on the box, which when it was pressed opened the door in the box. Importantly, Thorndike viewed this process of learning as moving from random acts to more deliberate attempts by the cat to use its paw to push the lever – he called this the ‘law of effect’ and suggested that acts that result in positive outcomes such as having a reward increase; and also that acts that lead to undesirable or non-pleasurable outcomes become weaker and eventually disappear. Later, in 1913, John Watson established the ‘school of Behaviourism’ based, to a greater extent, on the ideas of Pavlov and Thorndike, which focused on children learning through behaviour. Watson’s confidence in Behaviourism as a means of explaining learning in children, can be seen in his often quoted assertion: “Give me a dozen healthy infants, well-formed, and my own specified world to bring them up in and I’ll guarantee to take any one at random and train him to become any type of specialist I might select – doctor, lawyer, artist, merchant, chief - regardless of his talents, penchants, tendencies, abilities, vocations and the race of his ancestors” (Watson, 1928, p. 82).

The importance of reinforcement

Drawing upon Watson’s ideas and the earlier ideas of Pavlov and Thorndike, Skinner recognised how reinforcement that is positive, strengthens the behaviours of children. Importantly he also observed how the frequency with which reinforcement follows behavioural responses is a key factor in increasing children’s behaviours. Skinner developed what was known as, ‘Operant Conditioning’, which was based on his idea that children’s learning is not wholly a passive process as had been thought by earlier Behaviourists but rather, it was an active process; this was a major step forward in how we came to understand and explain children’s learning. Operant conditioning asserts that it is the child as learner who triggers changes in behaviour and that learning occurs when behaviours are either rewarded or punished, and when associations are formed by the child between their behaviours and the consequences of their behaviours. Skinner believed that children’s behaviours could be shaped and then sustained by consequences. He argued that pleasant responses strengthened behaviours and unpleasant responses weakened behaviours, which would then diminish. Put simply, positive reinforcement strengthens children’s learning whilst negative reinforcement diminishes it.

The principles of Behaviourism can be seen every day in classrooms and early years settings where practitioners offer stimuli to children and then positively reinforce the children’s behaviours and their learning, often without being fully aware of what they are doing. Examples of positive reinforcement between an adult and a child might, for example, include the adult’s smile or some verbal praise in response to a new activity that the child has become engaged in, such as, “that’s really good” or, “you have tried very hard, well done!”. Indeed, a common practice in many settings is when practitioners place a star on a chart after a child has successfully completed a task or shown a desired behaviour. In order to gain the star, the child has to demonstrate the desired behaviour. In contrast, examples of negative reinforcement might be where practitioners use ‘time out’ for a child who is presenting with unacceptable behaviours.

In summary then, my reflections on the party at my grandson’s nursery can be explained by applying many of the principles of Behaviourism. The children were well behaved and attentive because the adults who worked with them in the nursery had modelled good behaviours within the nursery and then reinforced these with the children thereby establishing positive behaviour patterns, such as sitting quietly, listening to the adult reading the story, being attentive to what adults were saying and sitting quietly when eating. All of this, of course, reflects the hard work and commitment by practitioners in early years settings and their understanding of how children learn.

Watson, J.B. (1928) Psychological Care of Infant and Child. New York: Norton.
For further information on how an understanding of the Behaviourists can support practice in the early years, see the following link to Sean’s latest book: MacBlain, S.F. (2018) Learning Theories for Early Years Practice. London: Sage.Readers