Parents should limit own screen time and ‘lead by example’ 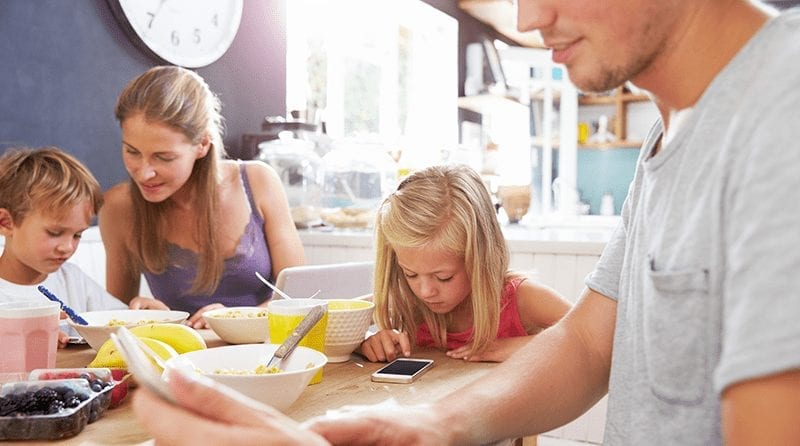 Parents should set up limits for screen time on themselves to prevent distraction, according to Damian Hinds.

The education secretary has addressed all parents, encouraging them not to let any smartphones, iPads and tablets get in the way of spending time with their children.

Damian Hinds, writing in The Daily Telegraph, condemned prams with mobile phone holders, saying they take parent’s attention away from their children.

The minister admitted that it is ‘far from easy’ for parents to put their phones away, adding that he can also get side-tracked by his phone when spending time with his family.

“The precious time I put aside to eat with my family, or play with my kids, too often my phone is also there with us and is a distraction.

“Over Christmas, when I put the phone away, I really noticed the difference,” he wrote in The Daily Telegraph.

“As parents, I think setting screen limits for the children is the relatively easy bit. Much harder is leading by example.

“Today we see prams with mobile phone holders attached. You can go to a cafe and see mum, dad and children all on their phones, not talking to each other.

“The truth is, we can be too busy finding out what’s going on miles away, to pay attention to the people right in front of us.

“Setting a limit on my screen time, or yours, or your children’s, isn’t just about spending less time on Candy Crush or Facebook – it’s about making sure we all look up from our screens and take a look at the wider world around us.

“That’s crucial to helping our children grow up to be happy and well-rounded individuals.”

The education secretary also cautioned that technology can cause children to reduce their outdoor activities.

The minister’s comments come after a “passport” of activities that children should try instead of spending hours in front of a screen, was published last week by the Department of Education.

Climbing a tree, flying a kite and planting flowers were included in the list of activities.

Ian Bauckham, a government adviser and former headteacher, advised parents to leave their phones on the kitchen table at night, to set an example for the children.

It came after Phillip Pullman, the acclaimed writer, asked parents to stop using their phones and spend more time speaking to their children to grow their vocabulary.

In June, head of Ofsted, Amanda Spielman, raised her concerns about the word-gap. Early years experts have suggested that parents’ use of mobile phones may contribute to poorer language skills in children.