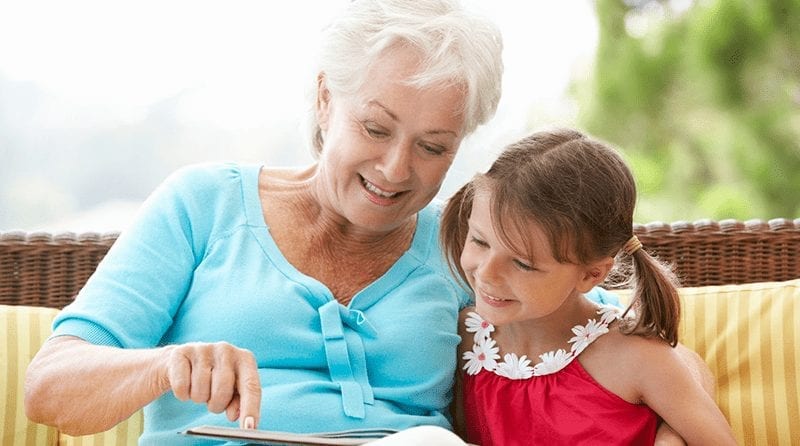 According to a think-tank, joining nurseries and care homes for the elderly can help children with their reading and social skills. The think-tank is now calling for more childcare settings to strengthen their links with the older generation.

A report by United for All Ages (UAA) says that children who spend regular time with the elderly, have improved language development, reading and social skills. Skills like this are prominent at “intergenerational care” centres which have been featured in Channel 4’s “Old People’s Home for 4-Year-Olds”.

Thanks to the integration, the elderly feel less lonely and children get more one-to-one play, the report adds.

It all started in Japan in 1976 and expanded to the US, Canada and the Netherlands. The first intergenerational care centre set up in the UK was Apples and Honey Nightingale, which opened in 2017 in Wandsworth, southwest London. Since then, 40 more dedicated nurseries and care homes have been set up. There are other settings in development, including a veteran’s care home with a nursery in Wilton, Wiltshire; and a purpose-built complex in Wigan which includes a nursery, assisted-living flats, and a care home.

Matt Hancock, the health secretary, said to The Guardian, that more nurseries should open next to NHS services “in some cases”, whereas Union for All Ages believes that every childcare setting and parent-toddler group should have a relationship with a care home. The think-tank set a target of 500 intergenerational settings by 2023.

The UAA’s director, Stephen Burke, said to The Guardian that the benefit focus of cross-generational care was on the elderly, such as: “tackling loneliness and isolation to improve health, care and quality of life.

“But there are big benefits for children and younger people too,” he added. “Our challenge to Britain is to maximise those benefits for all of the next generation. Research shows that there are lasting benefits of a good start in life.”

In the report released by the UAA, they highlight a decline in the chances and opportunities for children, with one third of the 3,632 Sure Start children’s centres cut in the last 10 years. There’s proof that children from poorer backgrounds fall behind their peers by the age of 5, in 50 percent of local authorities in England.

Stephen Burke said: “Intergenerational action could and must make a much bigger contribution to this agenda.”

The UAA report, entitled “The next generation: how intergenerational interaction improves life chances of children and young people”, was set to be published last week and incorporates information from 20 organisations who deal with the welfare of children and the elderly.

An early years education consultant who helped with Channel 4’s show, Alistair Bryce-Clegg, authored a study on 10 children to see how the experiment would affect the children’s wellbeing, language use and acquisition, social interaction and empathy.

Mr Bryce-Clegg wrote in the report: “The outcomes for the children were very positive.

“They all made notable progress during their time in the experiment, with some of them making truly significant steps forward in their development.”

Lorraine George, a development worker at Torbay council in Devon, analysed the children at the intergenerational sites in the US and identified developments in language, improved reading skills, greater self-esteem, as well as improved confidence and empathy.

“We now have 20 care homes engaging in partnerships with early years providers, with one care home creating a room for childminders to use every day” she said to The Guardian.

Intergenerational care can also benefit other people beyond the elderly and children; with teenagers and parents seeing the advantages of greater intergenerational mixing, says the report. The UAA also calls for primary and secondary schools to get more involved by volunteering.

Original story by: The Guardian