Twins and triplets graduate from childcare club in Swindon 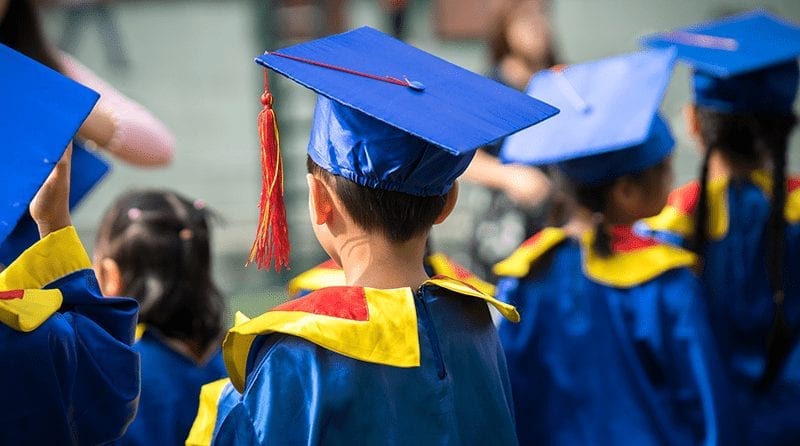 The twins and triplets from a special childcare group celebrated ahead of their first day at pre-school.

The Swindon Twins And Multiples Group, aka STAMP, give advice and help parents with multiple children at a weekly meeting at Immanuel United Reformed Church in Swindon.

The youngest children celebrate the day they leave the group to join new pre-schools with a ‘graduation’.

Lauren Southgate, a mother of twin boys, who has been a part of the group for 16 months said to the Swindon Advertiser: “The session went really well. It was nice to bring everyone together to celebrate and play. The kids had mortar-board hats and certificates and they always really enjoy socialising with each other.

“It was quite emotional because it was the last time that the kids of some of the parents who first set STAMP up three years ago will be part of the group, and the baton is being passed to newer parents.”

Helen Smith, who is one of the nine mums who set up the group 3 years ago, said to the Swindon Advertiser: “We’d formed good friendships with each other and decided to start this in autumn 2016.

“We do arts and crafts, we have toys suitable for children of all ages, and we use the church’s garden in the summer.

“My children aren’t quite ready for pre-school yet, so they’re staying with the group until Easter, but the children of other founders like Danielle Smith, Sooz Shaw, Sarah Clegg and Kim Roberts have left, which is a bit sad.

“We still get new members. We have a lot of people on Facebook who don’t attend the sessions but message us for advice instead, and word-of-mouth has really helped people find out about us.”

Ms Southgate added: “The group was set up just because nothing else like it existed in Swindon. I have twin boys and an older daughter – parenting twins is quite different from single children, and sometimes we just need to compare notes.

“Attending groups with two babies or toddlers, when these groups are predominantly aimed at single children is so hard. I’ve done it and it’s almost impossible alone.

“This group is a massive support network, as all the other parents are in the same boat, they have the same problems and are always on hand to help, which is great, especially during those first few months.

“Someone from GWH told me about the group and we have a different number of parents there every week – 16 on a quiet week, or 50 at Halloween and Christmas parties.”