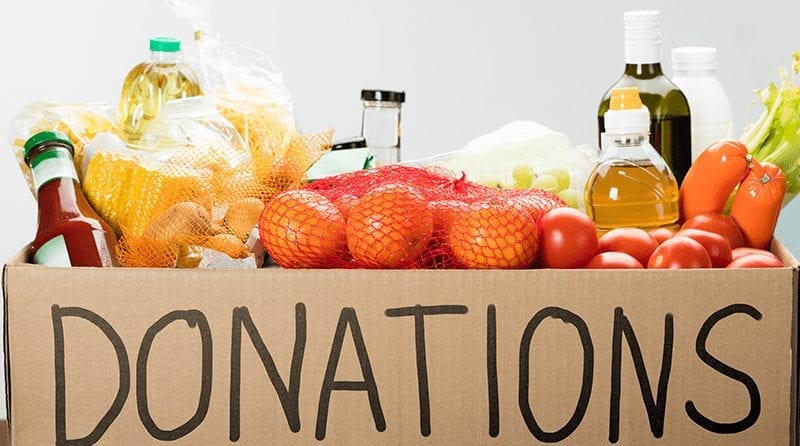 More than 14 million people, including 4.5 million children are believed to live in poverty in the UK.

Child poverty has been rising in recent years all over the country, with places like Barking and Dagenham in London having the highest poverty rates. Nurseries in those areas had to open their own food banks to help out parents in need.

Ms Morris said to iNews that there have always been a lot of parents on benefits, but she has noticed the rise in the past few months: “It’s a shocking situation.

“I have been working in childcare for twelve years and have never seen anything like this before. Parents are literally starving themselves so their children can eat.

“It has always been an area that has some sort of deprivation, and we have always had a high number of families accessing grants for their two-year-olds, to help them get back into work, and a lot of parents who were unable to work due to various circumstances.”

Gemma added: “We have parents struggling to pay bills or with no food left in their cupboards. One single mother with two young children, who couldn’t work because she has diabetes, had definitely hit a rough patch when it came to benefits. They had changed over and having a waiting period in between, meant she couldn’t pay her gas or electricity.

“She was in and out of the hospital and got little support from her local authority in terms of her medical needs and making sure her house was warm, and her children were fed. So she would come and talk to us about it.”

With time, more parents opened up about their financial struggles, which made Gemma decide to do something about it: “We always had a surplus of food so began giving it out to those who needed it.

“It started off with maybe two or three parents who would come to the centre and ask us if we had any food to spare to get them through the weekend because they had run out.

“Although they had been given vouchers to use at public food banks, the problem is, these often come with conditions attached. You can only use them so many times a month, and we had parents telling us they couldn’t get enough food from them.

“We always had a surplus of food for the children left over at the end of the week, so we began giving it out to those who needed it. We’d give them tinned foods like soups and cans of tuna, bread we no longer needed, pasta with sauces and bottles of milk. Then some of the parents and staff began donating food too, so it became a regular thing.”

At last year’s ‘Prevent Child Poverty Week’, Gemma set up space at the nursery for people to donate everything they could from food to clothing.

She added: “That’s where the idea of setting up a regular food bank came from.

“I thought we could combine the food we had left over with donated items on a regular basis, then parents could come and take what they needed when they needed it.”

The nursery’s food bank plays a significant role in the lives of people stricken by poverty. 15 parents use it on a regular basis, with more parents using it when needed.

“They are always reluctant to take things from there, as they worry sometimes that it might reflect badly on them as parents and that they might be reported to social services for not being able to feed and clothe their children properly.

“But we encourage them to take as much as they need, telling them that when they are in a position to donate something back, they can. We reassure them that by doing this, they are in fact, doing all they can to help their children.”

A lot of parents have been struggling since the introduction of Universal Credit which was supposed to make claiming benefits easier, but a lot of parents state that they are worse off since the change.

Gemma told iNews: “From what I’ve seen, it just isn’t working. One single mum we have helped a lot, has four children and is unemployed. It was obvious she had been suffering. She was so thin her clothes were hanging off her.

“When I took her to one side and had a private chat with her, asking if everything was okay, she broke down and confessed she hadn’t been eating so her children could have more food. She was going without meals to make sure they didn’t have to.

“She had been told she could only use the public food bank three times in six months and they wouldn’t give her any more vouchers. I told her there was nothing to be ashamed about, that she could, and should take whatever she needed from our food bank.”

June O’Sullivan, MBE and CEO of London Early Years Foundation said: “Low-paid jobs, benefits cuts and the lack of affordable childcare mean that many parents struggle to put food on the table. If we are to see any measurable change, then we need a complete reform of the welfare and benefits system and more support for parents in employment and training.”

For Gemma, it’s a lot more than just providing food and toiletries for parents: “It is not really a nursery’s job to provide food and clothing for children outside of the premises, but you don’t go into working in childcare because you don’t care about the families.

“It is a caring profession. We would do anything for our children to make sure they are fed and warm and will continue to do so for as long as it’s necessary.”

Marks Gate won a reward recently for ‘pushing the boundaries’ at the LEYF annual awards party.