Boothstown nursery staff to cycle 100 miles for The Fertility Foundation 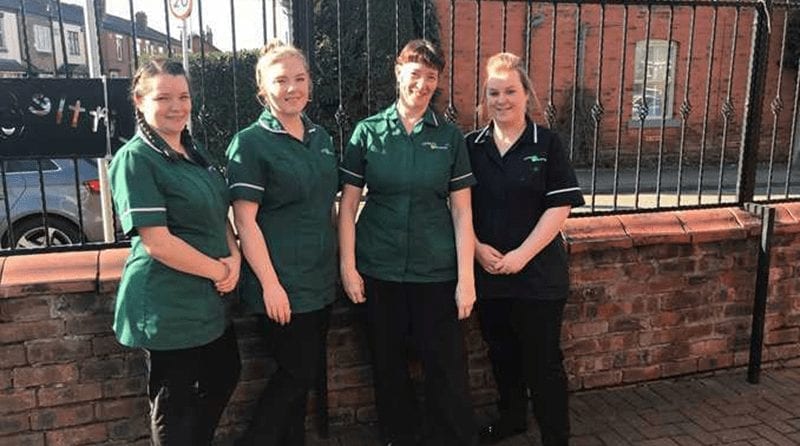 The staff at Little Acorns Nursery in Boothstown will be amongst a team of nine that are set to cycle on a static bike in Ellesmere shopping centre in Walkden next Saturday.

The staff will be completing the challenge for a campaign set up by one of the parents, Barbara McMillan. The money they raise will go to The Fertility Foundation.

Barbara, who is a teacher at Boothstown Methodist Primary School, set up the campaign after a five-year struggle with infertility, before giving birth to a son, Frankie, in 2016.

Barbara will also be climbing Mount Kilimanjaro in September for the same cause and will do a ‘10 peaks’ challenge in 12 hours in April, and ‘24 peaks’ in two days in June in the Peak District in preparation for the big climb.

Barbara said to Leigh Journal: “When I was struggling I did not know that there was any help available.

“I think what The Fertility Foundation is doing is great; they can give people hope.

“They can give grants to people who can’t afford treatment.

“I think raising the awareness of what they do is important.”

Barbara added that she is “so grateful” to Leigh Road Nursery, which her son attends, for all their support.

Aside from the cycling challenge, there will also be a raffle with prizes including a family ticket for four to go to the Geronimo Festival in Cheshire; a family ticket to go to Smithills Open Farm in Bolton; and Water Babies swimming equipment.

“Since I started my fundraising, I have had lots of people sharing their own stories with me.

“It shows that my message is being reached by so many. It is very rewarding,” she added.

You can donate to the crowdfunding page here. https://www.justgiving.com/fundraising/barbara-mcmillan