Childcare cost is getting higher and is sending parents into debt 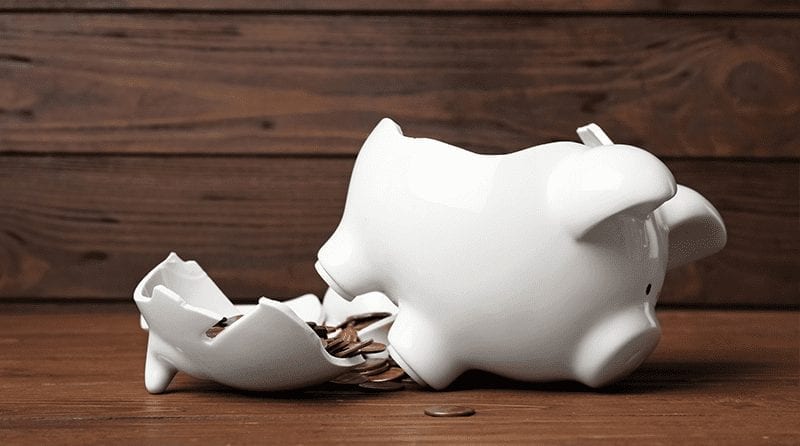 According to a new study conducted by credit scoring firm, Noddle, the average monthly childcare cost for a child under four is now £1,042 per family.

The Government’s 30 hours free childcare scheme helps parents with the childcare costs, but many parents say that this is not enough and the prices are still high.

Jane and Chris Blackwood are amongst parents who struggle with their monthly childcare payments.

Jane said to The Sun: “When Polly was born, we lived in London and even though our nursery bills were £1,600 a month, it wasn’t so hard because I was in a highly paid job at a law firm.

“When Bill was born we moved north, and I started lecturing, which isn’t as well paid. In preparation for my pay cut, we had saved around £8,000.

“We knew that the cost of two kids at the nursery was going to be far more than we could afford from our normal monthly income.”

The family’s savings ran out fast, and they were forced to use a credit card to pay for everyday costs, including food shopping and urgent repairs.

Jane added: “We basically used the card for anything that didn’t need to be paid in cash.

“The existing system is unfair on hard-working families. The fact you have to wait until a child is aged three to get any support is ridiculous.

“For those who have a year off work after their child is born, there’s still two years of childcare to pay for before help kicks in.

“Instead of funding for 30 hours a week at the age of three, it would be more helpful to have 10 free hours a week from when the child is one.”

According to the study, 28 percent of parents are forced to use credit cards to keep up with their childcare payments, and are left with an average of £9,220 of debt before the child finishes pre-school. And more than half of the parents said they were not prepared for the costs of childcare, with 55 percent saying that paying for childcare is the most financially challenging time for them.

Another family, Ben and Alex Glover, who have three children were in the same situation.

Ben said to The Sun: “When Indie came along, we had lots of support from grandparents and childcare bills were about £300 a month – so not too scary.

“When Matilda came along, Indie was at school, so the hardest time was when Charlotte was born, and we needed to pay for two children at nursery.

“It cost us £1,200 a month which was double what we paid on our mortgage at the time.

“Instead of a holiday, we would just do day trips to theme parks in the UK, using a scheme through work where you could get entry at a big discount.

“We managed a few camping trips, but that was it. It was really tough and took some serious discipline.

“We even traded in our cars for one larger family car to save money. But that ended up being a real false economy in the end as we needed to do lots of journeys in a car that was much less fuel efficient.”

The family had to take out a consolidation loan from the bank to pay off their credit cards, which they managed to do a couple of years ago.

Nadhim Zahawi, Children and Families Minister, said: “We are investing around £3.5 billion on our early education entitlements this year alone – more than any previous government – to help parents with their childcare costs, so that every child has access to a high-quality early education.

“More than 700,000 of the most disadvantaged two-year-olds have benefitted from 15 hours free childcare since 2013, and more than 340,000 three and four-year-olds benefitted from our 30 hours offer in its first year, meaning parents are spending less on childcare or are able to work more flexibly.”

Story by: The Sun