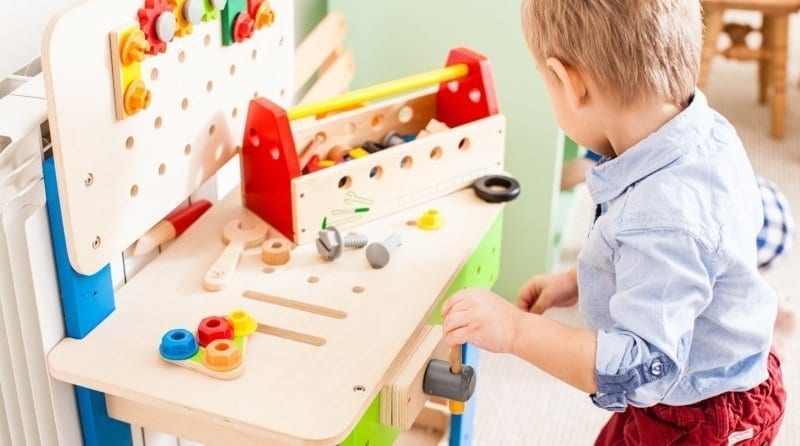 Children learn by playing. They first observe – listening and watching others; then they copy – imitating the people around them. And when they are able, they experiment. That’s when they learn to ask, and answer, new questions – not “what is the capital of France?”, but the much more important questions, such as: “What happens if I do this?”, “what will I feel if I say that?” and “who am I really?” That’s where role-play, really comes into its own.

Role-play is where children take on different roles and play at being different people in any number of improvised situations. It could be an everyday role, a job or complete fantasy, and all types of role-play should be encouraged. Not only is it fun, but each is a stepping stone which can help children learn new things.

The benefits of role-play

Research has identified many benefits of role-play including cognitive, social, emotional and physical benefits, all vital for a child’s development.

When children role-play, they use their imagination. They engage the right (creative) side of their brain and learn to think for themselves and to think in new ways – for them. That’s important. As early years professionals, we might have seen many children use a cardboard box as a spaceship, but to that child, role-playing that scenario for the first time, they are thinking and creating something essentially ‘new’.

Sir Ken Robinson, a long-time exponent of the value of creativity and its important place in education, says:
“Imagination is the root of creativity. It is the ability to bring to mind things that aren’t present to our senses. Creativity is putting your imagination to work. It is applied imagination.”

Role-play can develop language and teach children new vocabulary. Recent data acknowledged that: “Play is highly beneficial to children’s language skills and provides a supportive context for language learning”. These researchers also suggested that children’s language can be enhanced most when adults helped and guided their use of new words during role-play.

Role-playing helps children develop creative and abstract thought processes and encourages the formation of new neural pathways. It also encourages problem-solving as children work out who will be who; what the rules are; and which props/costumes they need. These key cognitive skills are needed in adult life, and being able to develop them as children, is vital.

Stepping into other people’s shoes, developing empathy, understanding different situations and perspectives, and being able to react in an emotionally-appropriate way, are clearly skills that children need to develop. Role-play can facilitate this. It allows children to collaborate, pretend to be someone else, and experience different points of view – all in a safe environment with the added benefit of feedback from others. Many therapists use role-play situations to encourage children’s emotional development because the ‘pretend’ element disassociates the person from any real situation and reduces any related anxiety or stress.

Role-play is perfect to get children active – escaping from pirates or fighting a monster gives children the opportunity to run, jump, climb and fire-up their cardiovascular systems, which aids fitness, the development of large motor skills and helps maintain appropriate weight. Even simple activities such as operating a toy till or dressing a teddy, can enhance fine motor skills and dexterity.

There are different types of role-play that you can encourage.

What do you need to encourage role-play?

Essentially, children need very little to role-play – only their imagination and a safe space to play in. However, to actively encourage role-play, you can:

Different safe spaces such as kitchen areas, outdoor spaces and sandpits are great. Try to include some props and costumes to facilitate different situations/places too – these do not need to be expensive, sticks and cardboard boxes do very well as swords and rockets, although specific toys are useful too.

Costumes often work best when they are indicative rather than prescriptive; so long skirts can make a princess and a piece of material can become a superhero cloak or some wings.

Role-play activities should be child-led and any interventions by adults should be used to safeguard children, encourage additional learning or explain alternative options that children can take.

Be a good role-model

Engage in the role-play yourself, enacting out different characters and situations based on the children’s ideas. Be careful not to ‘lead’ their play too much. You can be there to assist and help if needed but resist the temptation to say that “time-travel is against the laws of quantum physics!”

You could use real or fantasy stories, pictures or films as a starting point, if needed, but allow the children themselves to work out what happens next.

It is vital to encourage role-play in your setting. It allows children complete freedom to explore; to use their imagination without the limits of ‘knowledge’; and to reimagine the world in a better way. What a beautiful gift and what amazing opportunities early years specialists have to facilitate that freedom.