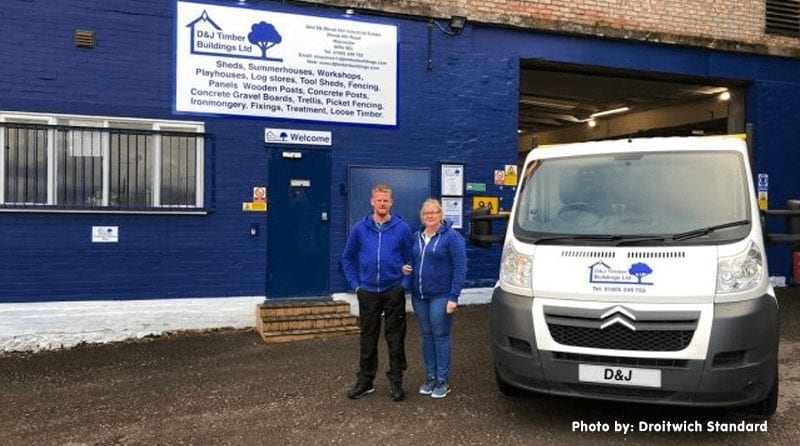 A building company in Worcester is going to replace St Peters Pre-school’s playhouse which was stolen during the Easter break.

The pre-school, located in Droitwich, was devastated by the theft and vandalism to its garden.

The playhouse was the centrepiece of their garden for over nine years.

Dan Cox, from Worcester-based D&J Timber Buildings, offered to create the pre-school a new tailor-made playhouse after seeing the news in the press.

Mr Cox said to The Standard: “When I saw what had happened, I just had to help.

“To have anything stolen is devastating but when children are involved, it’s much worse.

“The pre-school is a charity, and it would have taken them ages to raise the funds to replace it, and as we are in a position to help, it seemed like the perfect solution.

“When I spoke to the staff and went down to see them, they were over the moon – so grateful.”

St Peter’s Pre-school chairperson, Sarah Foulkes, said to The Standard: “It’s wonderful news that D&J came forward – we could not believe how generous the company was.

“It’s been over a week now, and the children are still talking about the ‘naughty people’ who took their playhouse away.

“It had a wooden kitchen and ironing board and other items inside and was like a real home in there – the children loved to go in there for role-playing.

“The children will be over the moon when they see the new one; we can’t thank D&J enough.”

The playhouse should be arriving at the pre-school in the next few days.

Story by: The Standard