People who help us 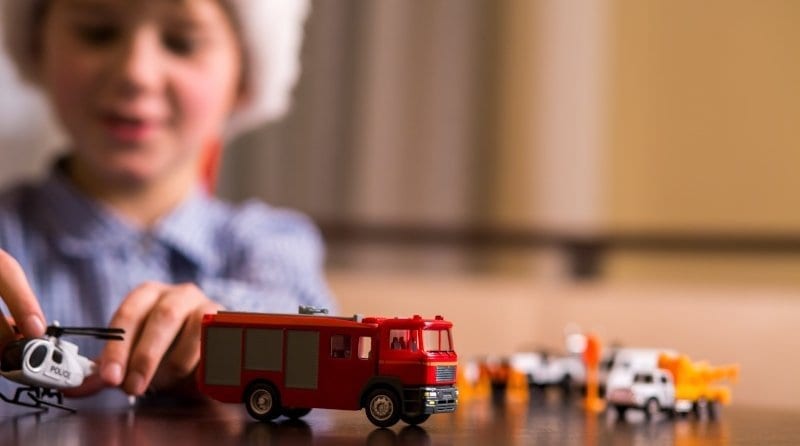 In the UK, there are over eight million ‘999’ calls made every year? That’s approximately one every 4 seconds! And millions of other calls are made to the non-emergency police number, 101.

But it’s not just the police, fire and ambulance service that respond. Did you know you can also call mountain rescue, cave rescue, the coast guard and lifeboats too?

In this article, we look at these emergency services and suggest ways you could introduce the work of these amazing people to the children in your setting.

A brief history of the main emergency services

It’s nice to think that if we are in trouble, there will always be someone there to help. But this was not always true, and in the past, many fires went untended and many crimes unsolved, due to the lack of an organised emergency response.

A Roman general called Marcus Licinius Crassus set up the first organised fire service in the first century BC. He employed around 500 fire-fighters, but as a businessman, unless he could negotiate an ‘acceptable fee’ from the owner of the burning building, his fire-fighters would simply let it burn to the ground.

In 1829, Sir Robert Peel set up the first Metropolitan Police Force, however, the Royal Irish Constabulary had been set up in 1822, and Scotland had benefitted from the Royal Scottish Constabulary as early as 1800. Despite this, the early police officers were known as ‘Bobbies’ or ‘Peelers’ in reference to Sir Robert.

And if you were injured in the 1890s, then it was left to the police, fire service or a passer-by to assist you! It was not until The National Health Service Act was passed in 1948, that ambulances were legally required for all those who needed them.

Thankfully, things have improved since these fledgling days and nowadays, members of the emergency services are called out regularly. Let’s look at who these people are and what they do.

The police are the first port of call when dealing with crimes, but they have other duties too, such as enforcing the laws of the land (e.g. traffic laws), promoting crime prevention and maintaining public order and safety. Sadly, the days of the ‘Bobby on the beat’ are mostly over, but police officers are often involved in visiting local schools to promote prevention strategies to children.

The fire service was, until relatively recently, considered a ‘man’s job’, as it was only in 1982 that Josephine Reynolds became Britain’s first female fire-fighter, aged just 17. In January of this year, the BBC ran a story about a 4-year-old girl who wanted to be a fire-fighter but thought that it was only for men, because that’s all she’d ever seen in books and films. Reassuringly, several female fire-fighters replied to her mother’s tweet, proving their existence to little Esme. However, 95% of firefighters in England are male, so more needs to be done to attract women in to the profession.

The NHS website says:
“An ambulance service career is much more than ‘flashing blue lights’! You’ll make a difference every day to patients in emergency and non-emergency situations.”

Many people who work in the ambulance service reiterate this desire to help, and it is what drives most medical staff to train for years and join the service. Ambulance staff include paramedics, emergency care assistants and technicians, but let’s not forget the wonderful doctors and nurses of the NHS too, who are always ready to help whenever disaster strikes and who, together, save countless lives each year.

“Most of all, I love the feeling that I’ve helped others in their moment of need”
Elisha Miller - Paramedic

Since its formation in 1824, the brave RNLI lifeboat crews; and the coast guards who look out for us on our beaches, cliff tops and coastal waters, have saved over 140,000 lives. Her Majesty’s Coastguard is not a military force, nor a law enforcement agency, but exists to keep us safe and offer assistance if people get into difficulty at sea or on our shorelines. The RNLI is a charity and is funded by donations and run by some extraordinary volunteers – most of whom have everyday jobs too. They are also involved in education and incident prevention, and many children will have seen them at the beach ensuring these areas are kept safe for us to enjoy.

These RNLI statistics underline the need to keep these services running:

Whilst the responsibility for inland rescue rests generally with the police, when people get into difficulties in caves, mines or potholes, it is usually some of the 1,000 volunteer cave rescuers who are called in to assist the police, due to their specialised training and experience.

Giving their time freely, British cave rescuers have also participated in worldwide rescues, such as the much-publicised, cave rescue of 12 boys and their coach in Thailand.

There are over 70 mountain rescue teams in the UK and each region exists as its own charity. As well as mountain rescue, these volunteers help many hikers and dogs are often used to help locate people in extreme conditions. Teams also help people in floods and other natural disasters.

People who help us in times of need are truly special and should be celebrated as real-life heroes.

You could make some bunting or a display to celebrate their work. You could read the children books or newspaper articles or research your own local heroes and invite them to your setting to tell their own stories. Or why not make a big ‘thank you’ card to remind them they are really appreciated? Check out our craft on the next page for some ideas.