An interview with male workforce practitioner 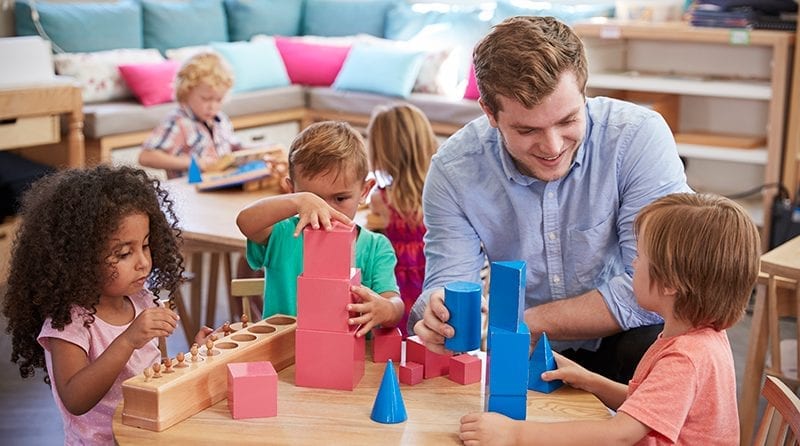 Men make up only two percent of the childcare workforce. Nathan Davison, a male nursery practitioner, reveals that working in a childcare setting is hard for men as they are still getting stereotyped. He is supporting childcare minister, Nadhim Zahawi, with increasing the male workforce in the sector.

Mr Davison said to daynurseries.co.uk: “I’ve been working in childcare for 12 years now and I still get the typical stereotypes about not doing nappies, and some of that hasn’t just been from parents. As with any job it is hard working with children and explaining to people what you actually do, but being a male as well, you have to try and overcome the two particular stereotypes: that all men must be gay to do that type of job, and he must be a paedophile, and I believe the latter is a reason as to why men don’t go into working with children.

“I believe it has been harder for me being male, and also being a male that is highly qualified, as you don’t get many males that go past level 3.”

Mr Davison continued to say that he “found it to be a very rewarding job, as I love watching the children in my care grow and develop into what I believe is their potential.”

Mr Davison also has a message for men who want to work in the childcare workforce: “Don’t give up and let people get you down when undertaking a job in childcare. We are more than capable of doing this job. Yes, it may take us longer to get used to the smell of poopy nappies and sick, which is all part of the job. I’m afraid guys, you will come to love it. Utilise those skills that are taught to you from your male role and use them to teach children.

Mr Davison adds that men working in childcare are significant, as some children might not have a male role model at home.

After passing his level 3 course, he was offered a cover staff position at one of the nurseries he had trained at.

“They were the first company to give me the opportunity to work in a proper setting, but some of the staff found it difficult to cope having a male in the setting and couldn’t understand why a male would want to do this type of job.

“After this, I found a part-time position at Rainbow Day Nursery, where the managers gave me the encouragement to be who I am and not to hide it. There was also another man working at this nursery, which helped.”

Working at the nursery he received the “usual comments from parents such as ‘I don’t want that male to change my child’s nappy’, but unlike the other setting, the managers here stood up for their staff and said ‘sorry but my male staff are highly trained, and DBS-checked like any other member of staff, if you don’t like it, please don’t attend this nursery’.

“Rainbow also gave me the opportunity to start up a new venture, ‘Outdoor Explorers’, where I and another member of staff would take children up there [outdoors] every Tuesday and Thursday all day, the parents and children loved it, and these sessions still continue now. Rainbow also gave me the time and encouragement to undertake my level 4 and 5 and a degree while in their employment.”

Mr Davison, who is currently employed at Lingwood Kindergarten in Suffolk as a nursery manager, says that “you need to have a balanced workforce in childcare because, how are we able to teach children about equality and diversity when we as adults are not showing them how to do it?”

You might be interested in our article “New research to study why more men don’t work in early years education“, read it here.