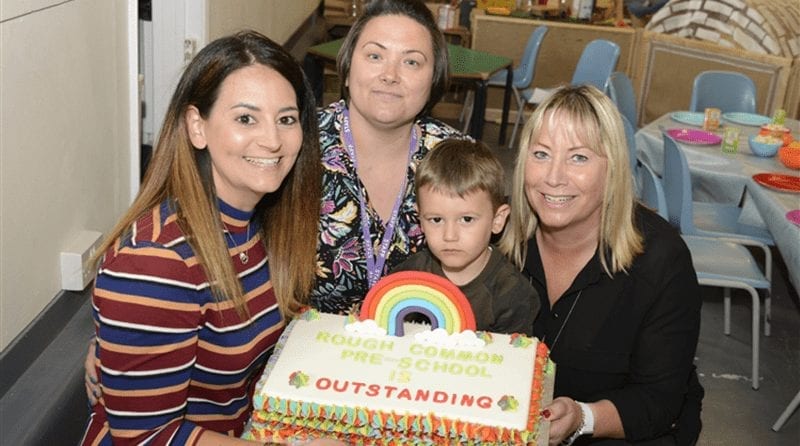 Abbot House Nursery in Seasalter, Whitstable, a nursery which has been supporting children for the past 40 years, was due to close its doors after St Alphege Church, which runs the nursery, announced last December they were closing it down.

The nursery, which looks after over thirty children and employs nine staff members, was due to shut down on July 19th.

The official letter sent to parents said: “Those government changes have included requiring an increase in the number of admissions to the nursery, of children from the age of two, with their associated needs but without a corresponding increase in funding.

“More targets to be achieved have been added, resulting in much higher levels of administration, and pressure has been put on nurseries to reduce staff-to-child ratios.

“This is particularly a challenge for small, multi-room nurseries like Abbot House.”

Parents affected by the decision were devastated by the potential closure.

Clare Spice, whose three daughters attended Abbot House, with the eldest one working at the nursery, said to Kent Online: “We haven’t got another around Seasalter really.

“It’s such very sad news for all staff, parents, grandparents and children, young and old.

“I’m hoping many people can try to support and save this great little local nursery.”

After parents voiced their concerns, Vicar Paulette Stubbings, has confirmed that the setting will continue as a nursery with Rough Common Road Pre-School running it.

Rev Stubbings said: “We’re pleased to say that a new nursery provider has been found for the Abbot House nursery site on Faversham Road.

“Subject to negotiations, Rough Common Pre-School have been awarded the lease.

“We are delighted that nursery provision will be able to continue in our local community – and by a quality provider who have just been awarded an” outstanding” rating by Ofsted.

“Negotiations are underway to enable the necessary legal arrangements for the transfer to take place, but existing staff employment will be protected, and the hope is that existing children will transfer and continue under the new provider.”

Mrs Spice said she was overjoyed with the results: “We’re very happy it’s now going to be a nursery.

“My granddaughter was pulled out because we didn’t want her getting settled there, then having to leave.

“But if it’s to continue as a nursery, she’ll probably go back on the waiting list.”

Michelle Seary and Janine Scott, Rough Common Pre-School directors, are said to be negotiating to re-open the nursery in September 2019.