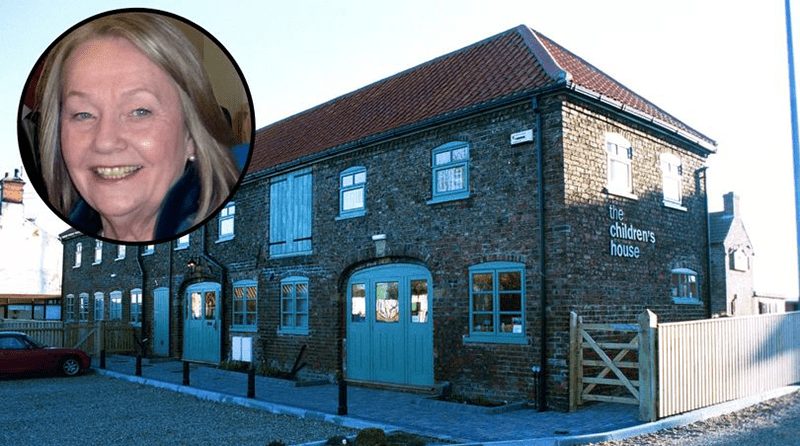 Sylvia Tiffney, who jointly owns Children’s House Nursery in Stallingborough with her twin sister, Theresa Ellerby, has been awarded an MBE in the Queen’s Birthday Honours List for services to children.

Ms Tiffney began her career in early years education by running a committee-led pre-school in a church hall in Grimsby 40 years.

She opened the area’s first workplace nursery in 1987, after which she began a group of ten nurseries across Yorkshire and Lincolnshire in partnership with NHS trusts and FE colleges, before starting Children’s House Nursery in 2000.

During that time, she was a founder member of the local early years forum and Chair of an NVQ assessment centre.

She told Grimsby Live: “When I opened the envelope labelled ‘Cabinet Office’ I couldn’t quite take it in.

“I’m truly overwhelmed to have received this honour, completely surprised and very happy.

“It has to be said that this wouldn’t have happened without my incredible sister and co-director, Theresa, and an amazing team of people working with us.

“I have had the privilege to work with many early childhood educators over the past forty years.

“I would like to accept this honour on behalf of them and the thousands of children and families I have had the pleasure of knowing and being with at that time.

“This is such important work, and I hope this honour goes a small way to raising the profile and the status of working with young children.”

Ms Tiffney’s exceptional work led to Children’s House Nursery being awarded ”outstanding” at every inspection. She was also recognised as a local champion by the National Day Nurseries Association in 2005 for going the extra mile and supporting other centres in the area – as well as challenging local decisions on early years funding, and promoting children’s rights.

In 2001, Ms Tiffney supported her local authority in leveraging £1m SRB/ERDF funds for the development of over 600 new childcare places across the area.

Chief executive of the National Day Nurseries Association (NDNA), Purnima Tanuku, said: “She spent many years as chair of the NDNA Lincolnshire members’ network which she herself formed, supporting other nurseries in the area and representing them on the local authority’s early years forum for eight years. Following this achievement, she became one of our national trustees and was involved in our quality accreditation scheme, Quality Counts, for which we gave her a Member Champion Award.

“She has always found the time to champion children’s rights and the importance of high-quality early years education. Sylvia thoroughly deserves this honour.”