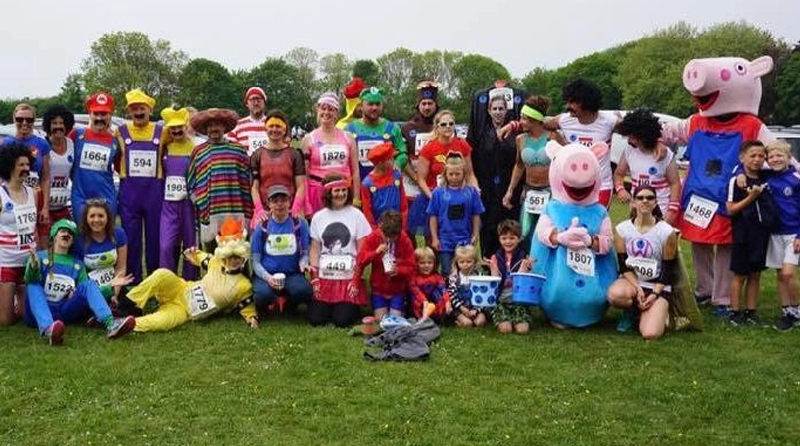 A dad spoke of his family’s ‘whirlwind’ journey after his 23-month-old son was diagnosed with cancer.

Dexter Richardson was diagnosed with a Wilms’ kidney tumour on April 3, after workers at First Steps Childcare at Chichester College ‘spotted a firm patch on his tummy’.

Dexter’s dad, Mark, said to Chichester Observer: “The nursery told us to go and get it checked out, and we don’t know what might have happened if they hadn’t. We did, and Dexter has been having chemotherapy since. He had major surgery a few weeks ago, and the results are positive as we wait for the final sign off.

“We are really thankful to the nursery. If it had been left much longer, it could have been a lot more dangerous.

“We don’t know what damage would have been done.”

The dad added that Dexter started chemotherapy on April 5 after being referred to a cancer specialist at Southampton General Hospital.

“Dexter had a major operation on May 16 where they cut in from side to side and removed his gut and the tumour in the kidney.

“It was a dangerous operation. If they pierced the tumour at any point, it would have automatically gone to stage three cancer.

“It is usually a nine-hour operation, but it was done in six.

“It’s been a whirlwind for us. The first few days were really dark, and we were just thinking, ‘why us?’ We were thinking that it wasn’t fair. We then decided that we needed to be as positive as we could and focus on the end goal of him getting better. You have also got to use the support network around you. We’re confident that positivity breeds more positivity.”

Mr Richardson said that the ‘turning point’ came after they launched ‘Dash4Dexter’ to raise £2,000 for Piam Brown ward at the hospital, with well over £8,000 being raised within a month.

“The care he has had has been phenomenal.

“The nurses have gone above and beyond, even coming in on their day off to do chemo. The care has been out of this world. We couldn’t have asked for more.

“The response has inspired us to do more for local children and the campaign will continue to make a positive difference to others.

“We have also started to put a journal together so when Dexter’s older, he can look back on it,” he added.

There have been several fundraising events organised for Dash4Dexter including a horse riding event, a superhero day at a local nursery, and a team completing Bognor Prom 10k and the London Marathon, as well as Mr Richardson’s daughter holding a cake sale at her school.

Dexter’s dad continued: “We have no plans of stopping until we have enough to buy the entire toy room wish lists for Howard ward at St Richard’s, Piam Brown and G4, the ward where he had chemo and after surgery.

“We are coming to the end of our journey, and we want to make a real, positive difference to other local families. We want to do more for other children with cancer and the wards that have given us the incredible care. We are organising a charity football match, and I am going to run the Brighton marathon next year along with a few others.”

Mr Sewell said before the event: “The event is being attended by employees of Checkatrade to raise money for our boss’s funding page. We are hoping to raise lots of money with a quiz, raffle and an auction.”

Dash4Dexter is planning on organising a charity ball soon, with the date still to be confirmed.