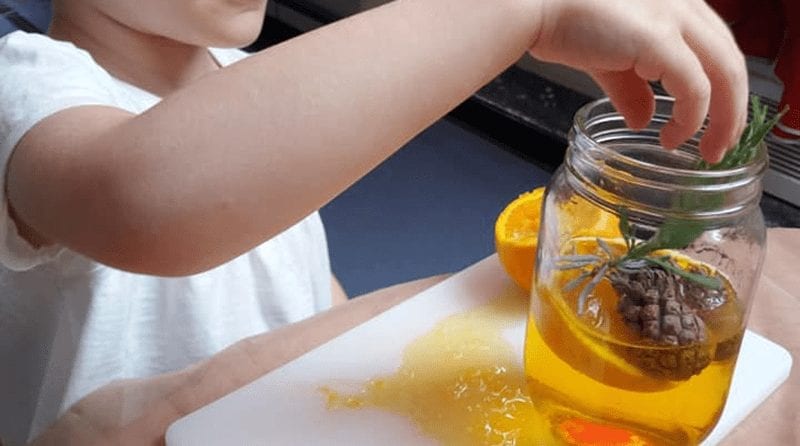 Children are the least responsible for polluting the air but the most vulnerable to its harmful effects.

Colleagues at Tops Wareham pledged to walk, cycle or car share to work whilst Head Office were encouraged to ditch their cars for the day and take advantage of the beach location during their lunch breaks.

Earlier this year Tops Lymington took part in UNICEF UK diffusion tubes monitoring activity and installed a diffusion tube in the garden during the whole of March to monitor any level of pollution in the local air as part of the UNICEF UK Healthy Air Campaign. Tops received great results and were awarded a GREEN rating, placing them within the 0-20mg range and low risk to health category.

Preschool children at Tops Stonehouse in Plymouth focussed on the importance of trees and took part in planting activities, whilst Tops Corfe Mullen helped hang out some cloths on the washing line instead of using a tumble dryer, which demonstrated another way to minimise air pollution.

Tops Poole made natural air fresheners using fruits, pinecones or lavender mixed with water and food colouring, whilst learning how sprays from aerosols can pollute the air.

Children at Tops Winchester learned all about the process of photosynthesis by pretending to be trees and learning which plants have been shown to remove pollutants from the air following research carried out by NASA.

Cheryl said “When we think of the word air pollution we think of thick hazy skies and bustling cities, but did you know that a whopping 92% of the global population live in areas of unhealthy air quality, most of which is invisible?

As one of the South’s leading childcare providers, we are responsible for educating the next generation. We have already stopped the use of aerosols, use electric cars rather than petrol or diesel, have written a transport policy to encourages colleagues, cycle or car share and have plenty of indoor plants across all 29 of our settings.

We can set this example to the children in our care in a hope that when they grow up they take action to combat pollution, but until then the problem will keep getting worse. The time for action is now.”

The award winning Tops Day Nurseries is one of the most eco-sustainable family of day nurseries across the South and South Coast and prides itself on prioritising teaching the next generation about caring for the planet.

To find out more, visit www.topsdaynurseries.co.uk