Nursery workers leaving the profession for better pay in retail 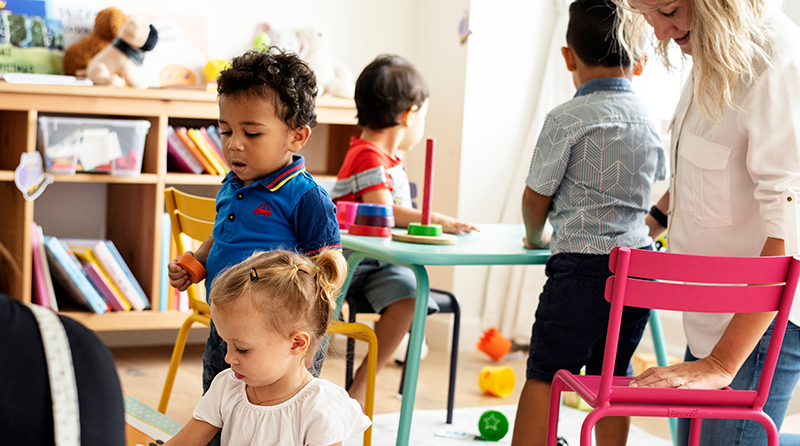 National Day Nurseries Association (NDNA) has conducted research to show how the number of Level 3-qualified childcare professionals has fallen in the last four years.

The survey reported that turnover of staff in childcare settings is above average, with qualified staff being replaced by less skilled employees due to funding pressures.

Most childcare practitioners admit that they are leaving the sector because of the low wages and unsuitable hours, they also admit they have lost their passion for the job.

Chief executive of NDNA, Purnima Tanuku, said: “We know that the situation in our nursery workforce has been deteriorating over the last few years, but sadly our latest survey reveals a full-blown crisis.

“It’s the children who ultimately suffer. We know that high-quality early education is key to giving them a strong start to their educational journey, but a high staff turnover means less continuity of care, with new starters replacing well-known faces.”

The results of the survey show that 52 percent of childcare employees have Level 3 or above, with a further 17 percent having Level 2; whereas, in the study conducted in 2015/16, 83 percent had Level 3.

Ms Tanuku added that this is “heart-breaking that dedicated nursery workers are having to leave the jobs they love for the retail sector because they need a better wage.”

“We know that employers would love to pay their staff at the rate they deserve but are ham-strung by Government underfunding for ‘free’ places, which leaves childcare providers struggling to make ends meet. As a result, they are finding it harder to attract the right candidates.”

The report also shows that 26 percent of the early years workforce is made up of unqualified staff, trainees and apprentices, a rise of 10 percent since last year.

Cllr Anntoinette Bramble, Chair of the Local Government Association’s Children and Young People Board, said that the findings have “backed councils’ concerns over the funding of early years childcare schemes, and the need for investment in qualified nursery staff.

“Good quality early years education is vital in helping children get the best start in life, and despite the good intentions of the 30-hour free childcare scheme, insufficient funding is impacting on the quality of provision and support for children with special needs, as providers struggle to balance budgets.”