Uncertain future for Lancashire nurseries – the true cost of childcare 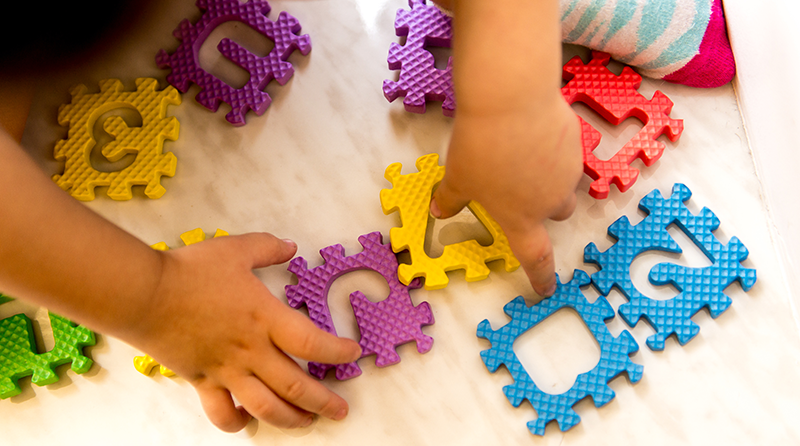 The National Day Nurseries Association (NDNA) said that the difference in the cost of delivering childcare and the funding paid via local authorities, has risen to an average of £2,166 per year per child, nearly two years after the introduction of 30 funded hours.

Lancashire is among the areas of the country affected the most, with more and more nurseries closing down.

A few days ago, the Post revealed that nurseries funded via the local authority in Lancashire are struggling financially, and if the Government makes a decision not to continue with special grants that nurseries receive, more settings will face financial collapse.

In addition to threatening the future of nurseries, the NDNA said the price of government under-funding is also passed onto parents through higher fees for younger kids or fees for extras.

Nurseries also noticed that since the start of the policy, they are losing at least one staffing day a week to maintain all their administrative duties, as well as dealing with the new system and supporting parents with registration.

“Care funding rates vary across the country and have largely stood still for the past few years whilst the industry has seen increases in staffing costs, business rates and other running costs.”

“Nurseries are forced to alter the way they deliver funded hours, by restricting the amount of places they offer, holding back from hiring highly-qualified staff or charging parents for extras to make up the funding shortfall. Neither parents nor nurseries want this to happen.

“Doubling the amount of funded childcare from 15 hours to 30 has more than doubled nurseries’ average annual shortfall, which, coupled with late payments from local authorities, is seriously undermining their cash flows.

“Adding to these difficulties, nurseries are spending huge amounts of time supporting parents to understand the new system and reconciling payments. This is the time which nursery staff should be spending with the children.

“This is a terrible state of affairs in a sector which should be thriving as more children than ever before take up their funded places.”

The chairwoman of the Local Government Association’s Children and Young People Board, Anntoinette Bramble, added: “Recent changes to early years provision, including the 30 hours free childcare scheme for working families, is a positive step. However, we have repeatedly raised concerns that the funding rates are insufficient, and this is risking both the sustainability of many providers and the quality of provision.

“We have particular concerns around the provision for disadvantaged children and those with special educational needs and disabilities if funding rates continue to fall below the cost of delivering services.

“We also have concerns that supplementary funding for maintained nursery schools (which are concentrated in areas of high deprivation and have higher running costs than other nursery provision) ends in 2020, and the Government has yet to announce what will happen beyond that. Without a sustainable funding solution, many are likely to close.

“It is vital that early years providers are properly funded to allow them to deliver the high-quality childcare that gives children the best start in life.”

Lancashire currently has 25,510 children receiving early years provision; 2,522 of the pupils are in 24 maintained nurseries.

A spokesperson for the Department of Education said: “We know some parents struggle with the cost of childcare, which is why we are spending around £3.5bn on our early education offers this year alone.

“Parents are able to use their free entitlement with a range of provider types, some offering childcare all year round.

“Working parents with children up to the age of 16 can also claim back up to 85 percent of eligible childcare costs through Universal Credit.

“Over the summer holidays we are also supporting around 50,000 disadvantaged children and their parents with a programme of free activities backed by £9.1m, and just this weekend we announced an extra £2.5m next year to help schools open up their facilities at weekends and over the holidays as part of the School Sport Action Plan.”

Head of childcare at Busy Bees, Deena Billings, said: “There are numerous benefits from a child attending nursery, both socially and academically.

“According to studies, children attending the nursery at age two, develop stronger language skills by age three than those who don’t.

“By attending nursery, children become accustomed to daily routines in a more academic setting which helps them naturally progress to school, and by joining a nursery and being among peers, helps children develop their social skills and learn how to have positive interactions with each other. This also helps build their independence in time for school.

“Through the experiences provided at nursery, children are supported in developing the necessary skills for moving onto school. Research has shown that attending pre-school education positively impacts a child’s academic skills right up until they leave the education system.”

“Attending a nursery can play a key part in the physical, personal, emotional and social development of a child.

“Ten to 15 years ago, the childcare industry was seen very much as a babysitting service, but now nurseries are recognised for taking a major role in early years education – broadening minds, interest and curiosity; providing a thirst for learning and helping ensure children are ready for the next step in their learning.

“Everything we do at our nursery is centred on the children in our care. Children love children, so there’s no better place to explore and develop a child’s social interactions than a nursery.”

The new survey has also observed that parents have to spend £138 a week on average on childcare during the summer holidays.

According to Coram Family and Childcare, only one in three nurseries have sufficient childcare spaces for full-time working parents, and the cost has gone up by three percent since last summer.

“In England, Government-funded places for under-fives are technically only for term-time, which can make those financial headaches for working parents worse.

“It’s a serious concern that only a third of councils in England believe they have enough holiday childcare in their area.

“We are seeing funding rates which don’t meet the costs of providing childcare, and if this continues, nurseries and other providers won’t be sustainable, and the picture will get a lot worse.”