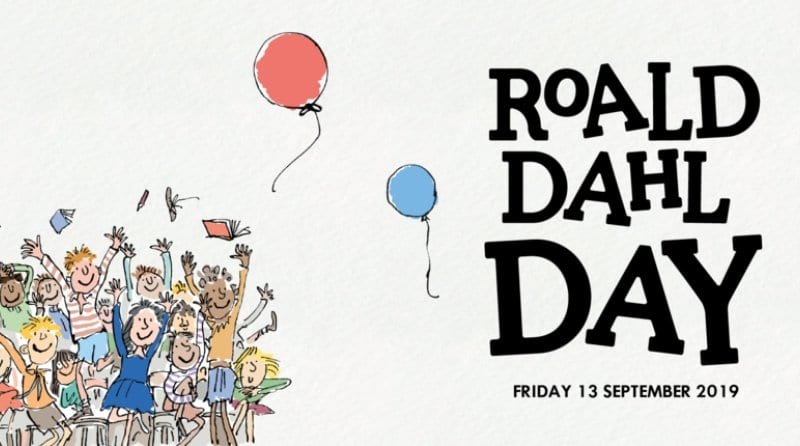 Most people know Roald Dahl was a children’s author – but did you know that he was also a “spy, ace fighter pilot, chocolate historian and a medical inventor?” Then read on to discover more about his life and legacy, and join millions of others around the world celebrating Roald Dahl Day on September 13th.

Roald Dahl was born in Llandaff, Wales in 1916 to Norwegian parents. He attended boarding school in Repton, Derbyshire, and many events during his time there were later recounted in his book, “Boy”. At Repton, students were invited to trial chocolate bars, which inspired one of his best-loved stories, “Charlie and the Chocolate Factory”.

At the age of 23, he enlisted in the Royal Air Force, but sustained injuries at the start of World War II which left him temporarily blind. He recovered and returned to active service as a fighter pilot, not only surviving the war, but also writing about his experiences in his first piece of paid writing, published in 1942. “The Gremlins” (1943) was his first children’s story, and was based on RAF folklore in which small, destructive creatures were responsible for a variety of technical problems facing RAF pilots. After the war, Dahl worked in the diplomatic and intelligence services where he was introduced to the creator of James Bond, Ian Fleming, and the director, Alfred Hitchcock.

Quote 1
I’m right and you’re wrong, I’m big and you’re small, and there’s nothing you can do about it!

In 1960, his son was injured in an accident in New York, and Dahl helped invent the Wade-Dahl-Till valve, which subsequently helped alleviate head injuries in thousands of children. Despite his colourful early life, Dahl is best known for writing children’s stories, which have themselves inspired generations of children to read and write, and have been made into films, animations and hit musicals.
Each year on his birthday, people celebrate his incredible life and work, so why not join them this September 13th and have some ‘hopscotchy’ (cheerful) fun?!

Quote 2
Never grow up... always down.

One of the things Roald Dahl is famous for is his use of language – or more specifically, for making up his own language. It’s called Gobblefunk and The Oxford Roald Dahl Dictionary has been published to prove it. We’ve listed a few of our favourites below, as well as some whoopsy whiffling (great) ways to celebrate Roald Dahl Day in your setting:

Quote 3
One child a week is fifty-two a year. Squish them and squiggle them and make them disappear.

Ways to get involved

Quote 4
You should never, never doubt something that no one is sure of.

We love Roald Dahl here at Parenta and to celebrate his day on 13th September, we are giving you the chance to win a fabulous prize!

To enter, simply send an email to marketing@parenta.com - telling us what your setting’s favourite Roald Dahl book is - and you will be entered into a prize draw to win some Roald Dahl goodies.

Closing date for the prize draw is Friday 20th September and the winner will be announced in October’s magazine. Don’t forget to include your postal address too!

And whatever you do, have a gloriumptious (glorious and wonderful) day!

For more information on the day, free downloads and a party pack full of activities, party invites, stickers, certificates and more, see:
www.roalddahl.com

Quote 5
I cannot be right all the time. Quite often I is left instead of right.

Answers to quiz: 1. Matilda 2. George’s Marvellous Medicine 3. The Witches 4. Charlie and the Chocolate Factory 5. The BFG