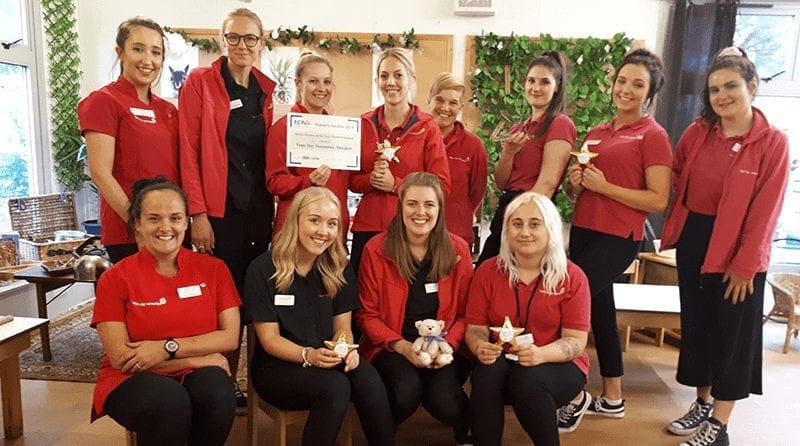 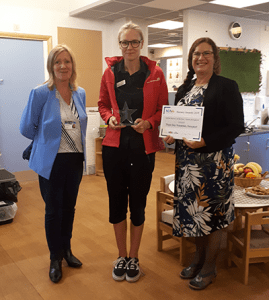 Tops Day Nurseries, based on the Isle of Wight College campus celebrated a recent accolade of becoming names the ‘South’s Nursery of the Year’ by the National Day Nurseries Association (NDNA).

A garden party was organised so that the award could be presented to the entire nursery team, including those who were unable to attend the official awards night in London earlier this year.

Cheryl Hadland, Founder and Managing Director of Tops Day Nurseries said “Our Newport nursery are a credit to the Tops Day Nurseries family. From becoming Ofsted Outstanding, Daynurseries.co.uk’s Most Recommended Nursery in the South and now NDNA’s Nursery of the Year South, the Team at Tops Newport have gone from strength to strength whilst giving children of all ages the best possible care.”

The award was presented by Cheryl Hadland, Managing Director of Tops Day Nurseries and representatives from the Isle of Wight College, including Principle Debbie Lavin.

Hannah Jennings, Nursery Manager commented “I am so proud of my team, they are all amazing! Being awarded the title of Nursery of the Year South is such a privilege and we are all delighted to have been recognised for all of our hard work.”

Tops Day Nurseries is one of the most eco-sustainable childcare providers in the UK. The family of 30 day nurseries across the South Coast of the UK, from West Sussex in the East to Plymouth in the West. To find out more, visit www.topsdaynurseries.co.uk