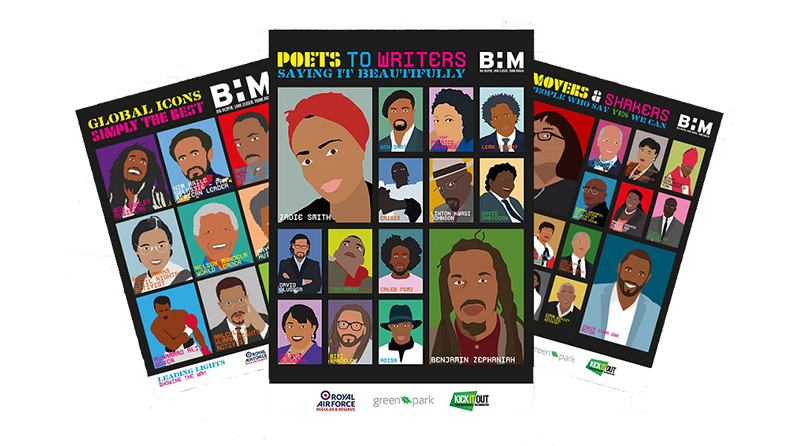 When we think about British history, most of us remember what we were taught in schools – Roman Britain, the Magna Carta, Henry VIII, the sinking of the Titanic and the impact on Britain of the World Wars. It’s all interesting stuff, but in selecting these for the curriculum, other things inevitably get excluded – things that may have more meaning and relevance for other sections of society who aren’t choosing the syllabus - such as the Black British community, for example.

Many school subjects seem to focus only on certain sections of society; like Kings and Queens for example, or important men of science, art or philosophy; and whilst there have been many thousands of people contributing to our society since records began, we often find a disproportionate focus on a narrow selection, (usually white males) often to the detriment of others. Black History Month aims to temper this bias by raising awareness of, and celebrating the enormous contribution that Black people have made to modern Britain. In the same way that International Women’s Day champions women, Black History Month does the same for unsung, Black people and their achievements. It was originally established in America in 1926 and they continue to celebrate it, but they do it in February!

Basically, anyone who wants to celebrate Black history, contribution and culture, not just in our own country but in the world as a whole; to global economics, science, culture, politics and the arts. If you can think of a subject, you can bet your bottom dollar that there will have been someone from the Black community who will have had a positive impact on it.

You may or may not have any Black families in your cohort, but you can still celebrate their enriching contribution to our country generally, now and in the past. Over the years, the focus of Black History Month has expanded to include the history of African, Asian and Caribbean peoples and their contribution to Britain’s ‘island story’. So, it’s also the perfect opportunity to visibly demonstrate your commitment and support to the wider agendas of diversity, equality and inclusion.

This year’s theme is “Black Migrations” which will focus on “the movement of African Americans to new destinations and subsequently to new social realities”. In the past, Britain played an enormous role in forcibly moving swathes of Black people through the slave trade and colonialism; but we also played a pivotal role in abolishing them. Our country has also encouraged migration through other means such as the Windrush scheme, and developed opportunities for migration through The Commonwealth. These have enriched our culture, academia and economy greatly, creating the multi-cultural and diverse society we pride ourselves in today, which has at its heart, the values of tolerance and an understanding of different faiths, cultures and beliefs.

Get a BHM resource pack

A resource pack has been created for the 2019 campaign and this is the first year that an educational resource pack has been produced. It aims to help organisations facilitate and promote Black History Month within their own settings and beyond. You can register to get your copy here: bit.ly/bhm-pack. There is a small fee (£49.50) but the resources include posters, a timeline, information on many Black icons who have shaped the world as we know it, as well as worksheets and assembly notes. If you don’t want to buy the pack, there is a lot of information for free on the official website at: www.blackhistorymonth.org.uk which has more than enough material to assist you.

Celebrating an integral part of our society is fun – look at the success of the Notting Hill Carnival if you want to see what can be achieved when people come together to celebrate themselves and their culture. Here are a few ideas you could try to catch a bit of the magic.

Above all, have fun! The celebration spans the whole of October, so there is plenty of time to get involved in numerous ways.

Get your BNM resource pack on: www.blackhistorymonth.org.uk