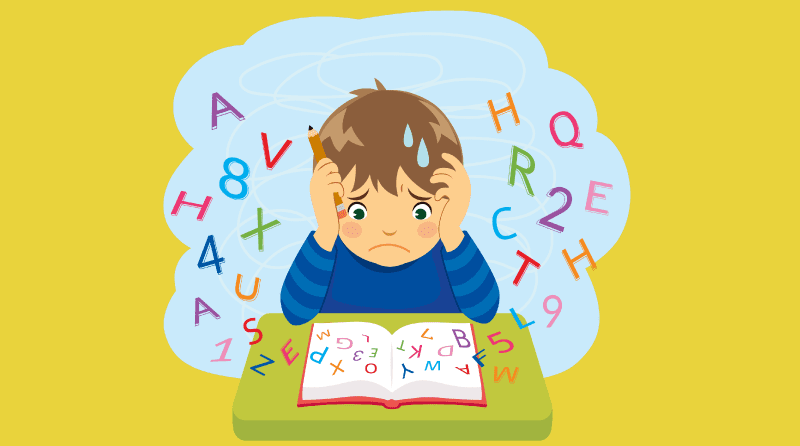 Richard Branson is one of the UK’s most successful entrepreneurs: his Virgin brand operates over 60 companies in 35 countries; he has written 8 books and has over 41 million followers on social networks, and his net worth in 2019 was reported at just over £4 billion. That’s a pretty successful life in anyone’s book!

Yet Branson struggled in school and dropped out at 16 saying “my teachers thought I was lazy and dumb, and I couldn’t keep up or fit in – people just assumed that I was not bright when it came to academic things.”

It turns out that Richard Branson has dyslexia, which was little understood when he was at school and instead of receiving help and support, he says it was “treated as a handicap”.

Nowadays, much more is known about this complex, neurodiverse condition and many people now recognise that dyslexic people have many strengths. So, from 7–13 October, the British Dyslexia Association (BDA) is promoting Dyslexia Awareness Week to encourage everyone to empower people with dyslexia so that their gifts can be recognised, and they can fulfil their true potential. More than 10% of the UK population has dyslexia, yet often their needs are not being met, opportunities are being missed and we are not maximising the potential and abilities these people have, to the detriment of us all.

Dyslexia is not an illness. It is a difference in the way that people’s brains work and a difference in how people learn and process information through their senses. It primarily affects a person’s reading and writing skills although not exclusively. For example, dyslexic people may have difficulty processing and remembering information they see and hear, especially linking letters to phonics, which can lead to problems with literacy. However, many dyslexic people display positive strengths in terms of their reasoning, visual processing skills and creativity.

Dyslexia does not affect a person’s IQ or intelligence, although because there is usually a great emphasis on reading and writing in schools, many dyslexic people can feel inadequate due to having a lower reading age than would normally be expected. Recognising that a child has dyslexia, and putting strategies in place to help them, is therefore vital to avoid self-esteem problems and to build on the strengths that the child does have.

Speech and language difficulties and dyslexia

Speech and language difficulties in early years have been linked to later childhood literacy problems through numerous studies, but there is much that can be done to help children in the early years develop their language skills if problems are identified early enough. A diagnosis of dyslexia can only be given after a diagnostic assessment, but these are not usually given until the child is around 7 years old and already at school. There are other causes of speech and language problems too, so the emphasis needs to be on identifying problems early (whatever the underlying cause) to allow interventions as soon as possible.

Signs of dyslexia in the early years

The BDA has listed several indicators which may suggest that a child has a Specific Learning Difficulty such as dyslexia. One of the problems of identifying them in early years settings, however, is that many young children will display the same behaviours and make the same mistakes, so it can be difficult to differentiate between dyslexia and differences in developmental timing. The BDA suggest that parents and early years staff should look out for “the severity of the behaviour and the length of time it persists” as this information can give vital clues leading to a diagnosis of dyslexia.

According to the BDA, indicators for dyslexia in young children are:

What to do during Dyslexia Awareness Week

The aim of the week is to empower people with dyslexia, which can only be done if there is wider understanding and knowledge about dyslexia, and the myths surrounding it are challenged.

The BDA are asking nurseries, educational establishments and workplaces to spare some time to hold an awareness session, ideally facilitated by a SENCO or other suitable professional, including input from dyslexic people themselves. Obviously in an early years setting, the children will be largely unaware and undiagnosed but the aim is really to advance the knowledge of staff about the condition, and what can be done to help support children. There are lots of resources, videos and information on the BDA website: bdadyslexia.org.uk which are free to access to help you.

The BDA also run awards for dyslexia-friendly organisations helping to support people with neurodiverse conditions. The award, Literacy Leap, is aimed at early years settings, focusing on early identification and supporting children who may be at risk of dyslexia or other speech and language disorders with early interventions.

What you can do to help children
There are numerous interventions that can help children with speech and learning or information processing issues, including:

The important thing is to recognise that everyone is different and interventions should be tailored accordingly.