How is the government encouraging healthy eating through the implementation of taxes? 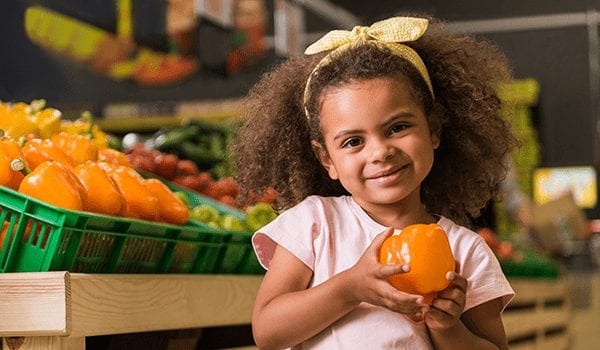 It is a common misconception that healthy eating is expensive. However, with increasing prices on unhealthy food we are beginning to see government intervention to hold companies accountable for the foods they produce. In this article, we delve deeper into how the implementation of taxes is encouraging the nation to opt for healthier food choices.

Healthy eating has been a problem for much of the world for a number of years, but with the recent implementation of government taxes and a plethora of reports being released on the negative impacts of unhealthy food, there have been many organisations calling for change. The World Health Organisation has been at the forefront of the fight to tackle obesity for a number of years and has helped to implement taxes in Denmark on saturated fats, sugar-sweetened soft drinks and an increase in tax on sweets, ice-cream and chocolate of 25% as voted on by the European Commission.

This was adopted by the UK in the fight against obesity as a Levy was then implemented. This tax involved going rates for companies at 24p per litre of drink with more than 8 grams of sugar per 100 millilitres. In addition to this, there is also an 18p tariff per litre of drink that contains between 5-8 grams of sugar per 100g. This was a controversial move by the UK government as part of their Soft Drinks Industry Levy to encourage the production of healthier drinks on the market.

When asked about the results of the Levy the Public Health Minister at the time Steve Brine MP had this to say:

“The progress made so far on our obesity plan is promising – but with one in three children still leaving primary school overweight or obese, we have not ruled out doing more in the future.”

This is then indicated by the increased focus on the growing obesity problem in the UK and helping to encourage healthy eating in children as well as a healthier lifestyle for adults.

The Royal Society for Public Health

Since the implementation of this Sugar Tax, the Royal Society For Public Health has been calling for better regulations surrounding the placement of fast food establishment on the route home from schools. With recent studies showing an 80% backing from the public to remove fast food advertisements from outside the school gates as well as a ban placed on unhealthy fast food outlets from within a 5-minute walk of school gates in order to tackle the growing issue of childhood obesity. Though these changes are just being talked about at this time, it could be a perfect opportunity for improving your diet on a budget as this will encourage healthier eating for the family on the route home from school.

The RSPH is also working to encourage children and parents to work together for a healthier lifestyle. With recommendations to the Department Of Transport surrounding the cost of zebra crossings as well as recommendations surrounding a school streets scheme to help transform the roads outside of schools to encourage children to walk to and from school. This is all part of the bigger picture to tackle obesity in children as well as adults as part of the Change4life program.

The sugar tax was part of a much larger plan to achieve a reduction of 20% by 2020 under the Sugar Reduction and Wider Reformulation. This plan particularly applies to the confectionery industry for chocolate and other sweets that are high in sugar content. Though this Sugar Tax has been implemented, it is important to note that sugary soft drinks are not covered by the sugar reduction program as they are instead covered by the Soft Drinks Industry Levy.

With this in mind, there is reason to suggest that the British government will continue to implement changes that can contribute to a healthier lifestyle for the UK as a whole. Whether this will be in the form of a government scheme similar to those listed above, or a new law passed in parliament, only time will tell as to how the British Government will tackle this growing problem.