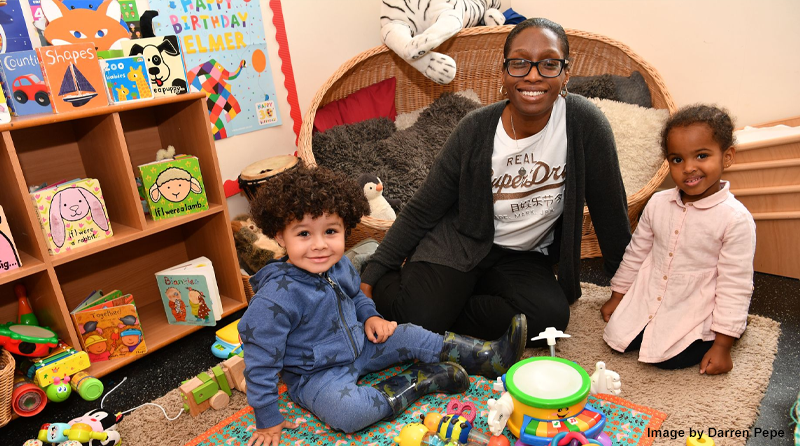 Two years on from the tragedy, a nursery located at the foot of Grenfell Tower has rebuilt their setting in the most spectacular fashion.

Grenfell Early Years, which cared for 40 children, was housed at the base of the tower and was cordoned off as a crime scene after the terrible events which occurred in June 2017. A total of 72 people lost their lives in the blaze.

Incredibly, they reopened in a new location just 4 days after the disaster.

Following an Ofsted inspection in August, the setting was awarded the coveted ‘outstanding’ status; a testament to their resilience in the wake of such tragedy.  The staff were “overwhelmed” with joy at receiving the top grade.

Shirley Sylvester, manager of the nursery, said they had “lost everything” in their former setting and the children on their register were among the survivors. Ms Sylvester also touched on the fact that the staff “all knew” people who were among the 72 who died.

She said: “We’re really proud of how we got up and running within four days [of the fire]. We didn’t think of it like that at the time, but the families needed us. There’s been so much goodwill, it’s made us tearful 100 times.”

Amongst the goodwill the setting received were donations of books from publishers Penguin and Osborne, furniture from a local set designer, new climbing frames from The Toy Project and laptops from Hewlett Packard.

Louise Tomlinson, deputy manager, said: “People had lost everything in their flats so they needed someone to care for their children. We were somewhere they could be safe.

“The community really helped us because, we literally had nothing. The support was marvellous, it helped us step back up again.”

Ms Tomlinson, who has worked at Grenfell Early Years since 2004, added: “Going through the inspection … we knew it was coming. It was a gloomy Monday morning. We all looked at each other and said ‘come on let’s do what we do best’.

“We had all been doing this for years and we knew our stuff. But you worry they’ll ask things like ‘why isn’t the window clean’, or anything.

“But it was overwhelming when we got the result, really exciting.”

The setting was able to relocate to the Ilys Booker Centre and can now cater for 24 children, compared to 40 children at their location in Grenfell Tower.

Ms Sylvester said they were seeking the help of the council to find bigger premises for the nursery to move into.